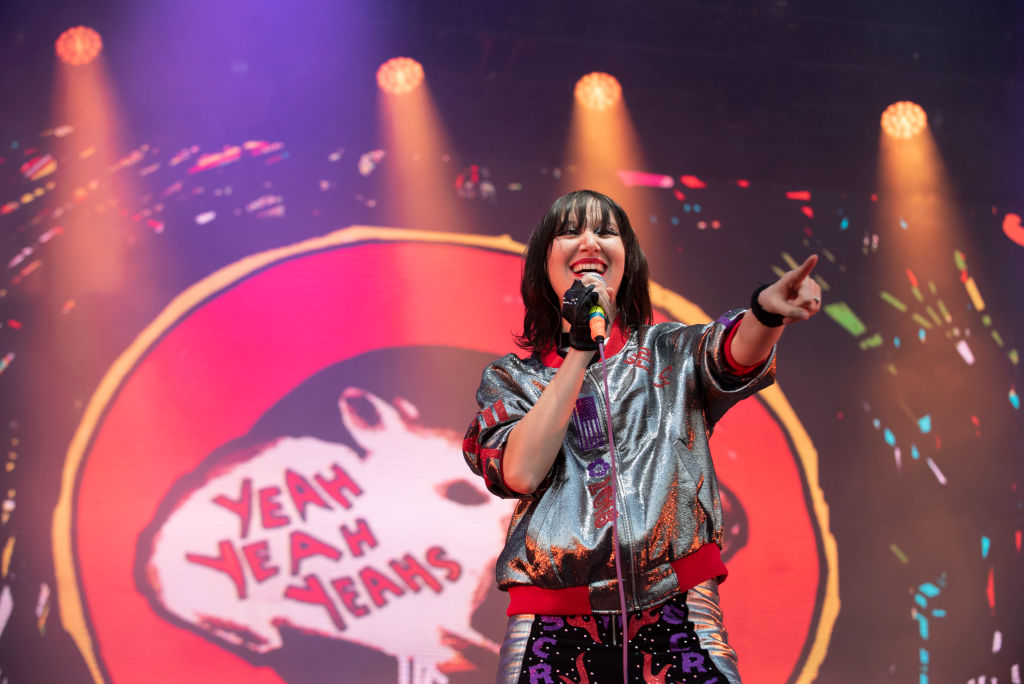 The Yeah Yeah Yeahs are back in force this year.

Karen O’s band have been relatively quiet for the past four years, but they recently dropped a major hint that they’re coming back with new material following their deal with independent record label Secretly Canadian.

As they prepare for their first concerts since 2018, the group released a teaser for a new song.

They will perform in Manchester, London and Australia next month.

They have now added two performances in the United States. They will perform at Forest Hills Stadium in New York City on October 1 before heading to the Hollywood Bowl in Los Angeles on October 6.

“It is with true life-affirming pleasure to announce our two signature shows in our two hometowns NYC AND LA supported by two extremely gifted bands Japanese Breakfast and The Linda Lindas at the Hollywood Bowl, with The Linda Lindas supporting to Forest Hills and our other TBA support soon!” Karen O said of the news.

“I represent a few generations! Can’t wait to see you there! New music! New era! And New Home with Secretly Canadian! Something to celebrate!” she added.

The dates were announced in a video that also included a preview of a new song, fueling fans’ anticipation for a new album.

the The band hasn’t confirmed plans to release new work, but Karen admitted that 2020 seems like the perfect time.

“All I can say is that I feel ready to write songs,” she told Australian radio station Double J. That’s about all I have to say.

“It feels like the time has come to release something new. However, that hasn’t happened yet and we’ll have to watch how this year unfolds.”

It’s not just the band’s huge news. Recently, it was reported that Nick Zinner, guitarist of the Yeah Yeah Yeahs, will release his extensive instrumental piece 41 Strings digitally and on vinyl. The four movements of the piece correspond to the four seasons. It will be released on July 1 by Zinner’s Yeah Yeah Yeahs band member Brian Chase’s Chaikin Records. Below, listen to “Fall” from the project.

Zinner created 41 Strings in New York City in 2011, as part of a commission commemorating the 41st anniversary of Earth Day. Since then, he has only performed the piece publicly three times. The album version was recorded in May 2011 at Hoboken, New Jersey’s Water Music. Aku Orraca-Tetteh, David Pajo, Siebren Versteeg, Nick Zinner and Joshua Zucker are among the guitarists featured on the 41 Strings album, as are bassist Andy Macleod and drummer Brian Chase.

Zinner has collaborated on new material with Damon Albarn for the Africa Express collective in the years since he originally shared 41 Strings. He also played guitar on Karen O and Willie Nelson’s duet performance of Queen’s “Under Pressure”.

© 2015 MusicTimes.com All rights reserved. Do not reproduce without permission.