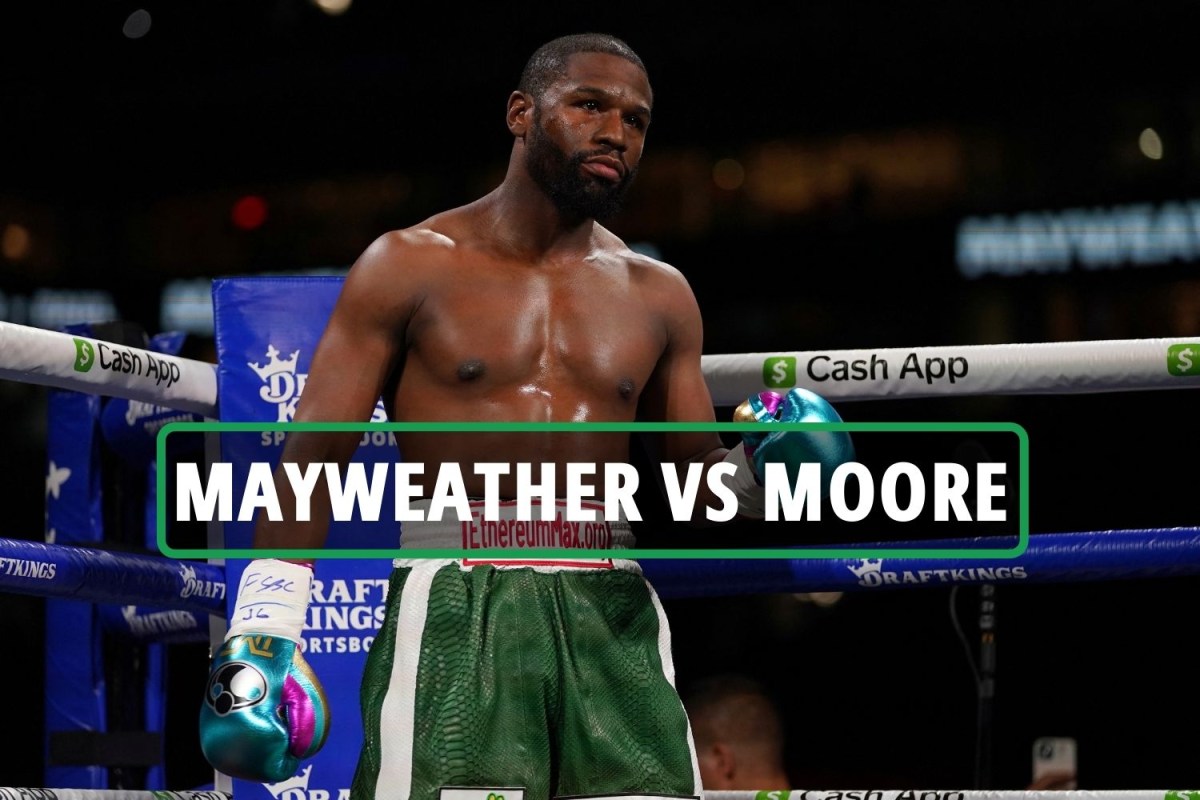 50-0 boxing legend Floyd ‘Money’ Mayweather is back in action for an exhibition bout in Dubai.

This time his opponent is former boxer Don Moore, who is also undefeated at 18-0-1.

When is Floyd Mayweather vs. Don Moore?

Floyd Mayweather is scheduled to fight Don Moore on Saturday, May 14.

It will take place on the helipad outside the Burj Al Arab hotel in Dubai.

A start time has yet to be confirmed, but events in the area usually start around 9pm UK time.

What tv channel is Floyd Mayweather vs Don Moore airing on and can I stream it live?

The fight will be available to watch online through the premium digital streaming service LIVENow.

Who’s on the undercard?

Badou Jack will also fight on the card against an opponent who has yet to be announced.

Floyd Mayweather has promised fans a better fight than his previous one against Logan Paul.

He commented: “Don will come to fight. It’s a bit different; Don is going to come to fight and may the best man win.

“While at Hard Rock Stadium, Logan Paul had a good game but didn’t come to fight; he came to hold.

“So he comes to fight, I come to fight. Eight rounds, start to finish, it’s going to be explosive.”