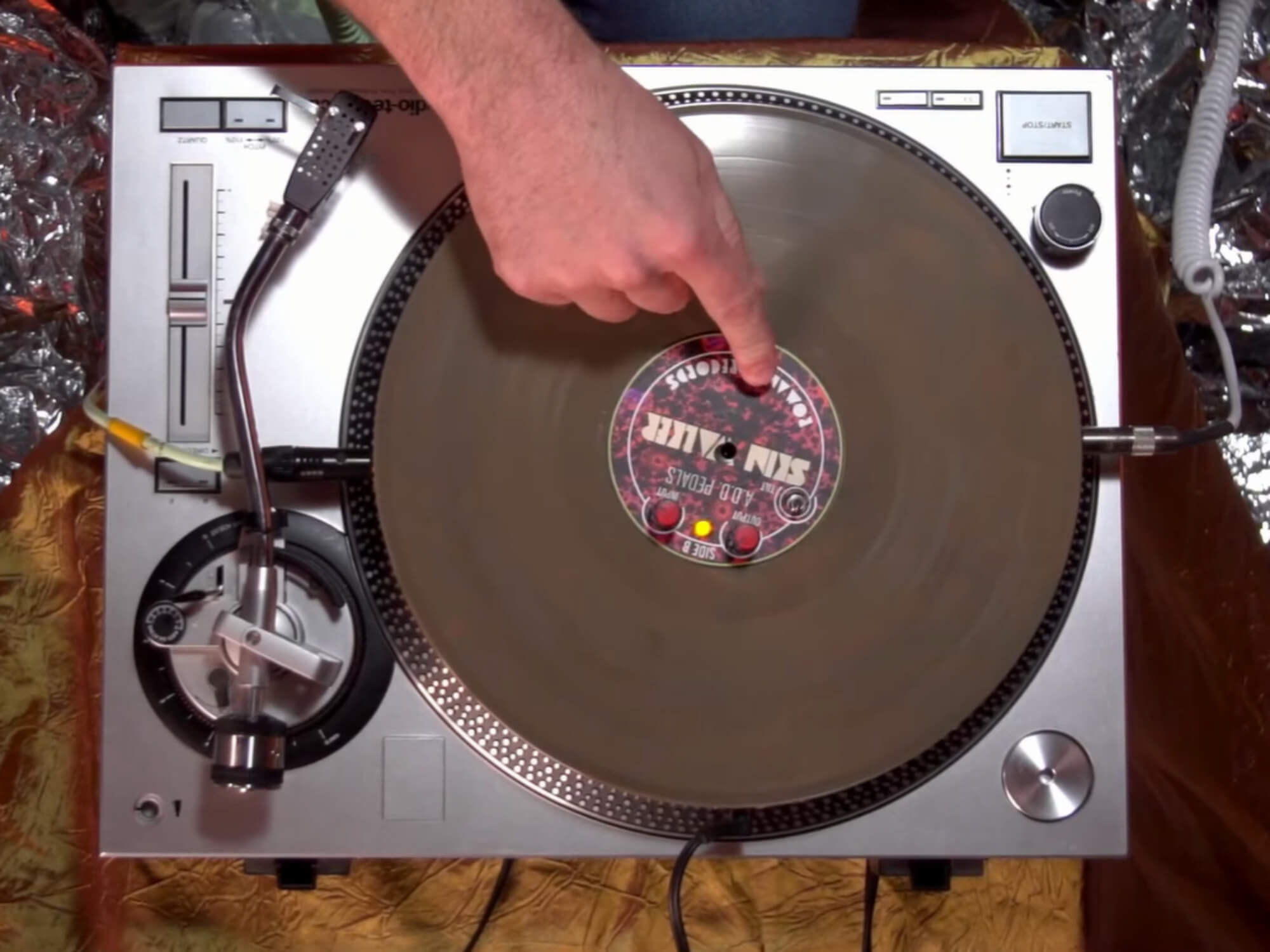 Pedal geeks and vinyl aficionados unite, as the world’s first ever vinyl record slash guitar effects pedal has now been released into the wild.

The stunning creation is the product of a collaboration between Romanus Records, ADD Pedals and Indianapolis rock band Brother O Brother, who recently announced that their new album skin walker will be released as a limited edition vinyl record that doubles as a guitar pedal.

That’s right, the disc itself is a literal stompbox you can plug your guitar into.

While this may all sound really confusing, the principle behind it is simple: just think of an extra-thick vinyl record that houses the necessary stompbox electronics inside.

Each album comes in a set of two special vinyls – one of which can be used as an overdrive/boost pedal with switchable channels while the other doubles as a delay pedal with four different delay modes. The controls are mounted in the center of the vinyl records where the labels are located.

Also, since the records are very thick, you would need a turntable with vertical angle tracking (VTA) to play them.

As cool as they are, the LP Guitar Pedal is limited to only 35 units. It will be sold exclusively in the United States, although Romanus says an international pedal release will occur later.

Brother O’Brother’s skin walker is also for Pre-order now, and is available on a variety of pedalless vinyl editions, including splash, tri-color, and glow-in-the-dark sand-filled vinyl.

Check out the vinyl pedal in action below.

Gap project almost complete – start of tolls on the road