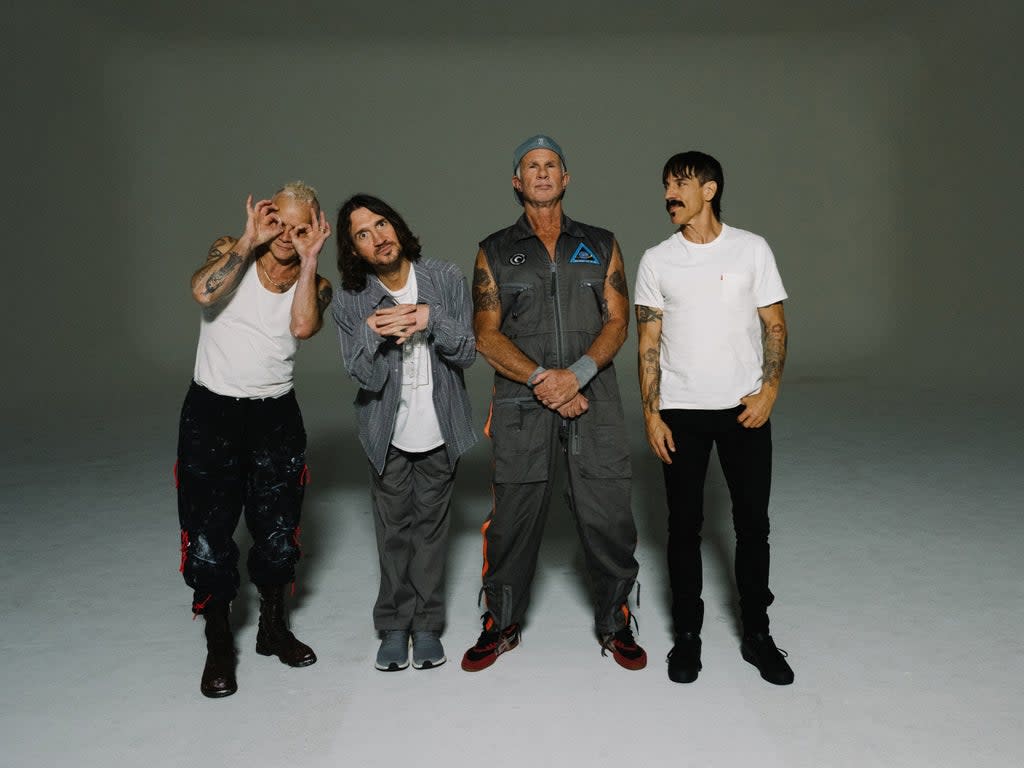 The rock band’s batteries are exhausted on this lifeless album

“Somebody’s gotta come and teach me self-control,” sings Anthony Keidis toward the end of the ear-melting jazz-funk odyssey, “Aquatic Mouth Dance.” It’s the third of 17 grueling tracks from the Red Hot Chili Peppers’ 12th album, which promises Unlimited love but instead offers unlimited noodles. I’ve used the term “noodles” for years, but never has music reminded me so viscerally of sweet, bland carbs being relentlessly injected into looping strings and falling lifelessly onto a kitchen counter. The effect is mainly caused by Flea’s bass lines which seem less played than extruded. But Keidis’ free-association lyrics, paired with returning guitarist John Frusciante’s headless chicken riffs, add little sauce to this drop-dead dish.

For the first time since 2014, Los Angelean groovesters have reunited with producer Rick Rubin, who first swung his beard over the mixing desk on their breakthrough 1991 album, Sex Magik blood sugar. The record included era-defining punk-funk hits such as “Under the Bridge” and “Give it Away”; Rubin stayed with them for their next five albums. Interviewed on Chris Jericho’s podcast last year, he said the band’s strength is in the amount of songs they write – but admitted he doesn’t necessarily know how to ‘fix’ their mass of equipment. In this case, it looks like he just pressed “record” and let them play until their batteries ran out. They certainly haven’t rediscovered that 90s energy.

It becomes more and more difficult to separate the tracks in the large unwind of this disc. But I’ll Do My Best: It opens with the beautifully bobbing low-tide guitar riffs of “Black Summer.” The mood is initially so pleasant as the sun sets on the beach that you can ignore Keidis’ gentle ramblings about platypus and cremations. But things get duller as the bass and drums come in awkwardly. There’s a solid thump and rapper beat on “Here Ever After.” And that’s when the lid comes off Flea’s toothpaste tube, and it starts squeezing out the thick, muddy jazz of “Aquatic Mouth,” with brassy drools. Slower and slightly prog, “Not the One” has the most memorable melody on the record, with a dreamy one-line synth panpipe and a lovely liquid piano part. Keidis even makes a rare effort to tell a real story, singing, “Give me love and I’ll tell you when to run.”

But then we get back to noodles with “Poster Child,” and Keidis sounds like he’s spent the afternoon finding rhymes for a year of random Wordle solutions. In a recent interview, he said that while recording Unlimited lovehe decided that “If [a lyric] came to me, it’s in the song. Next.” This approach was supposedly because he “didn’t have the luxury of editing or censoring” his words. Seems odd for a platinum-selling band, who can probably afford more than a few hours I guess the Peppers’ inexplicably loyal fans are used to it by now and will be happy to nod while Keidis asks, “Would you be my traffic jam? Spirographic anagram…” as he does on “One Way Traffic “.

I guess they’ll also be happy to headbang to Frusciante’s circular solo on “Great Apes,” and bang their ruffles to the easygoing drum patterns of “The Heavy Wing,” designed to mimic “a restless wolverine “. Because if this album has one thing (again and again), it’s that it’s safely on brand. It’s just smoother, slower and sloppier than before.

Chronicle of the Red Hot Chili Peppers, Unlimited Love: The rock band’s batteries are exhausted on this lifeless album