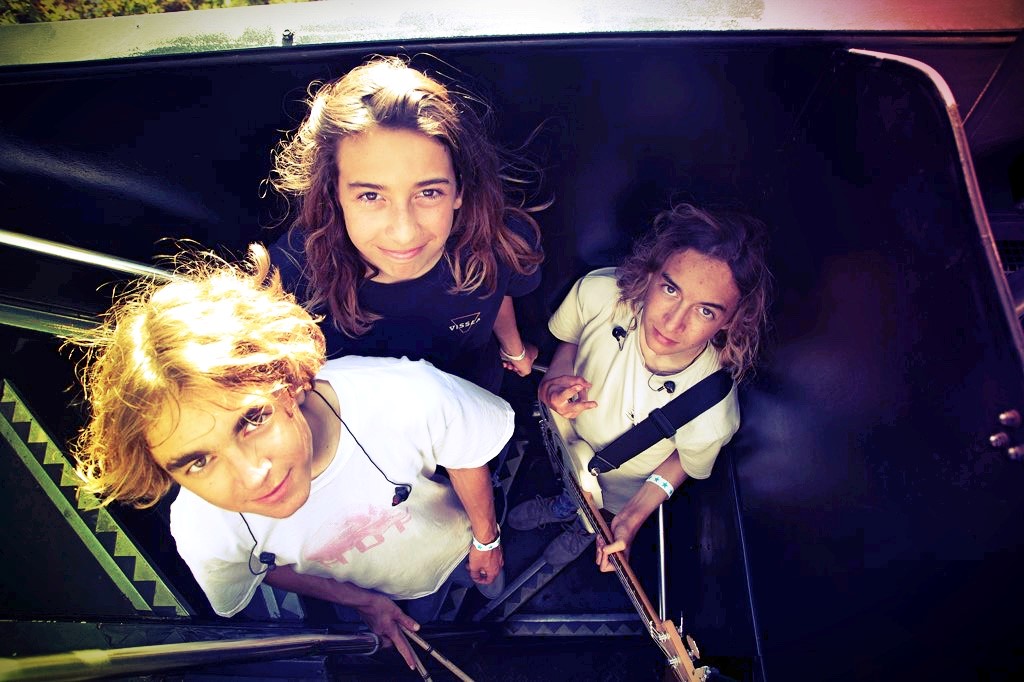 The precocious and talented Californian group The living invades the international stages and this weekend Shaky Knees Music Festival in Atlanta.

The Alive includes Bastian Evans, 16, and brothers Kai and Manoa Neukermans, ages 17 and 13 respectively. They’re all dedicated surfers, skateboarders and environmentalists – and their music shows it. The trio joined “City Lights” host Lois Reitzes via Zoom to talk about their incredible musical journey, beginning when they were barely as big as the instruments they played.

Kai and Bastian were seven and eight when they played music together in Montecito, California.

“I think it was Bastian who came up with ‘The Alive’, or one of Bastian’s parents,” Manoa said. Bastian confirmed: “After [our] the first band broke up, me and Kai just wanted to keep playing music, and we felt like…we wanted to stay “alive”, keep playing music for the rest of our lives.

The three now play on international stages, in front of giant crowds. They hit Lollapalooza Chili, Ohana Fest, and opened the main stage at Bottlerock for the Foo Fighters, among dozens of other gigs that most bands would envy.

The Alive’s influences include Queens of the Stone Age, Black Sabbath and Rush, and the band members all agree they owe a lot to their parents for introducing them to the rock music they now love.

“We grew up surfing and skateboarding. In the car, our parents would start playing music,” Bastian recalls. “I didn’t pay attention the first four or five years of my life – but after a while I started to really listen to what was playing and had a connection with certain bands, in particular… Queens of the Stone Age; my father used to play it all the time in the morning, especially on the way to school.

Earlier this year, the group released a music video for their new song, “Mudwhich highlights the vulnerability of the Earth’s oceans – a subject close to their hearts, as avid surfers.

“We need to get our stuff together before it’s too late,” Manoa said. “I want to live on a plastic-free planet.” Bastian added: “Growing up so close to the beach…I saw corroding rocks that had been there for hundreds of years, and plastic everywhere…It’s really detrimental not only to humans but to all ocean life. I love surfing, and it’s so sad to have to make sure the water quality is good enough to surf in.

Fans can catch The Alive at Shaky knees in Atlanta this Saturday, October 23.