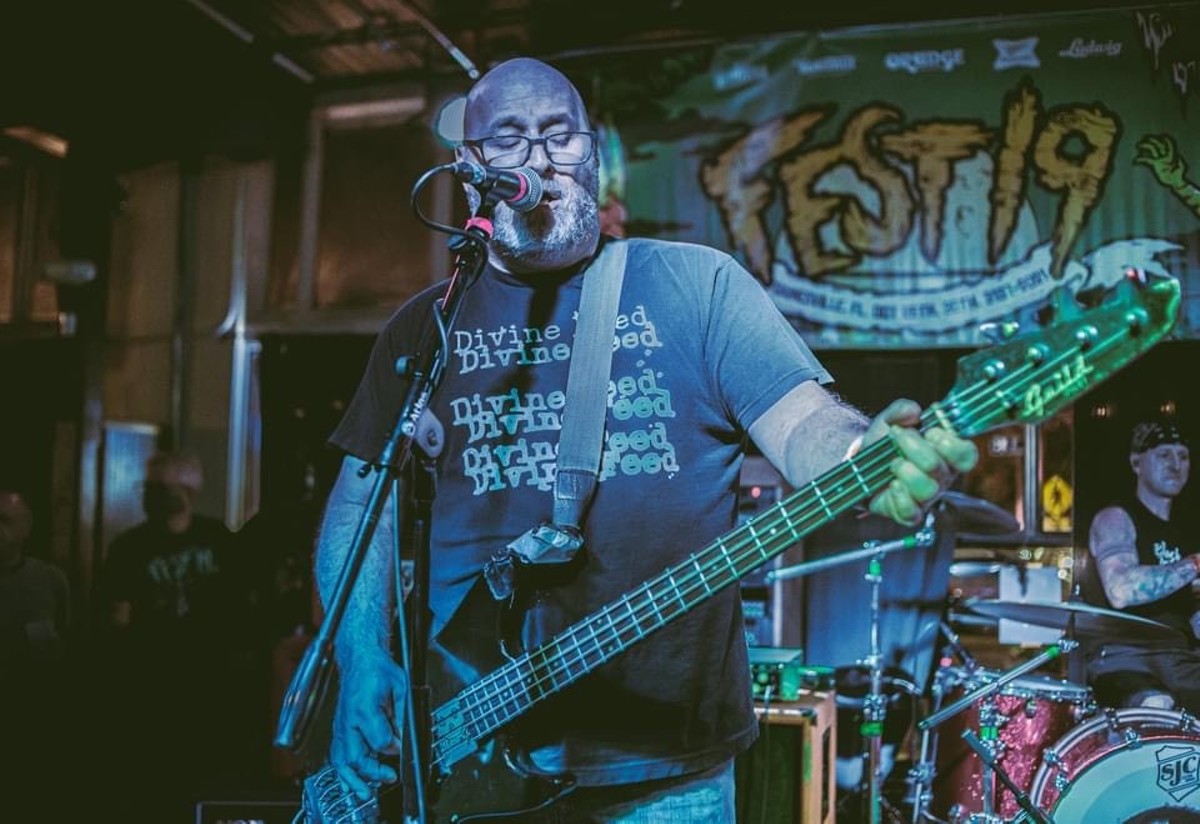 Shot and directed by Big Sad guitarist and vocalist Dave Decker (who is also a photographer for Creative Loafing Tampa Bay), the nearly three-minute clip reunites with the band – Decker, bassist Richie Lawler and drummer Shawn Watkins – of back in the rehearsal room after nearly two years in a pandemic hiatus. The clip also includes rainy day scenes from the Tampa’s Heights and Ybor neighborhoods.

In a way, the on-screen scenes represent the feeling of someone sitting down and staring at the walls, pondering the human condition, just waiting for answers. The lyrics, peppered with allusions to heartless musical chairs, sticky Florida climates, hunger and the extraction of childhood memories, hammer home the vibe of a house of impending existential crisis.
Decker, Lawler, and Watkins have performed in a collection of Tampa Punk Hall of Fame-worthy groups including Clairmel, Tim Version, Too Many Daves, Sandspur City and more. Watkins’ Preferred Fire Project is one of the most intense instrumental groups playing in the Bay Area right now.

Big Sad is Decker’s most collaborative project to date, and in many ways it leans on his band mates, as well as a fourth member, Frank Calcaterra, who records the band and plays the keys, who collectively bring 10 Lifetime Group Experiences to Decker’s Diary Lyrics.

â€œBig Sad is like four equal parts,â€ Decker told CL in 2019, months before he began freelance work for the newspaper. “If you let me, I’ll write a one-dimensional song.” ”

Support local journalism and a small but powerful team works tirelessly to share music news, events and concert announcements as the Tampa Bay music scene recovers from coronavirus shutdowns. A one-time or monthly donation supports our staff, and every little bit counts. Subscribe to our newsletter and follow @cl_tampabay on Twitter.