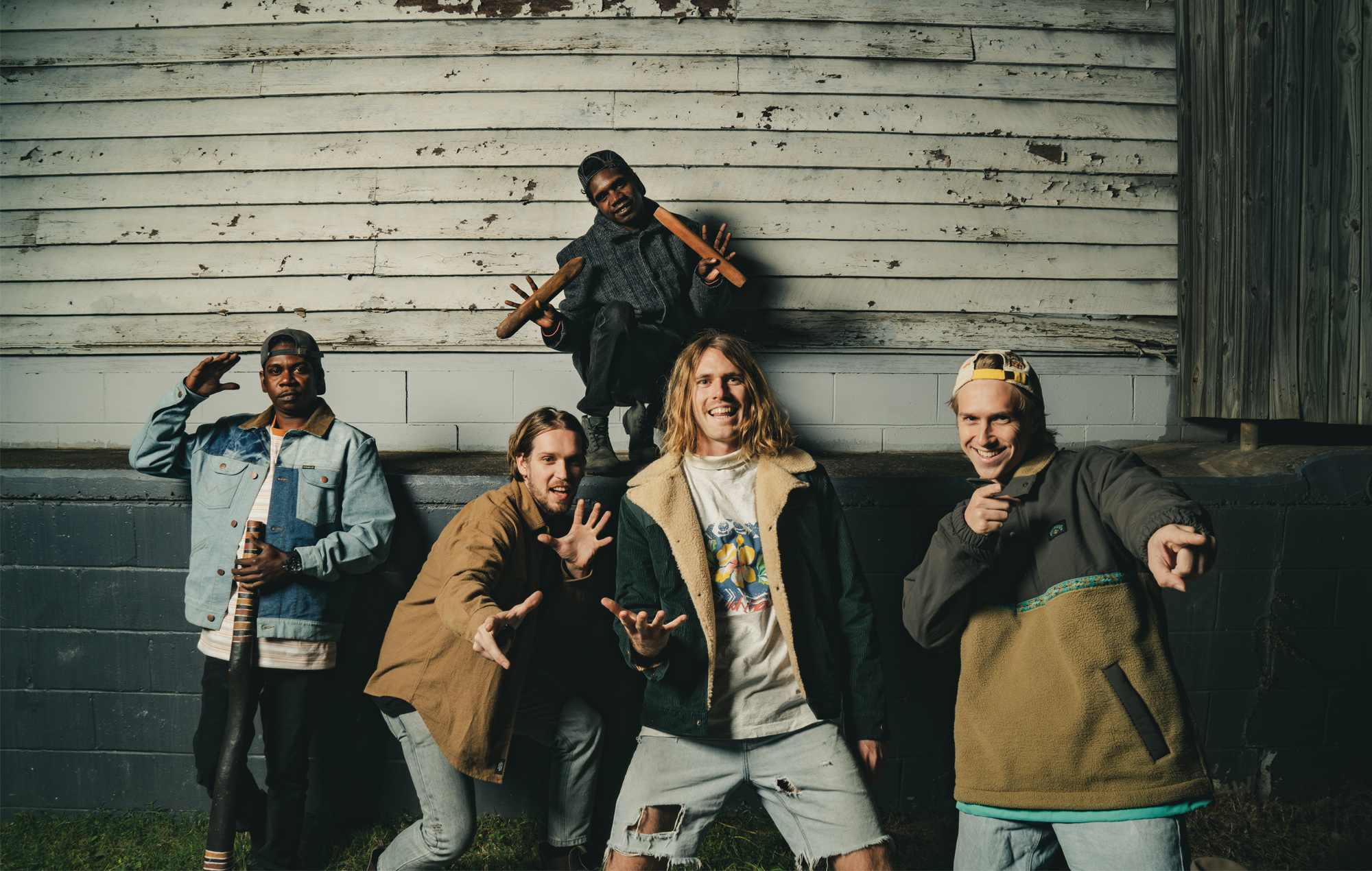 Coming from the serene coastal community of Yirrkala in eastern Arnhem Land, King Stingray is one of Australia’s most exciting new rock groups today. Merging the Yolngu language and instruments like Yidaki (didgeridoo) with catchy guitar riffs, King Stingray makes deeply uplifting music that makes easy fans of music lovers nationwide and beyond.

King Stingray’s rise was swift. It’s been less than a year since the release of their first single, but they’ve been on tour with The Chats and performed at festivals like Dark Mofo and Splendor XR, signed with Cooking Vinyl Australia and have become a triple j favorite. . And King Stingray is only set to continue this momentum with a Queensland regional tour next month and a debut album in 2022 that will serve as a full introduction to their winning surf rock genre Yolngu.

Music and storytelling are in King Stingray’s blood: guitarist Roy Kellaway and singer Yirrnga Yunupingu are descendants of the founding members of the Australian royal family Yothu Yindi. Kellaway is the son of original bassist Stu Kellaway and Yunupingu, a singer from the Gumatj clan whose name translates to “ray place”, the nephew of the late leader Dr. M. Yunupingu.

As “number one fan,” Kellaway says NME that it was an honor for him and Yunupingu to join Yothu Yindi as guitarist and singer respectively when the iconic group returned in 2017. The late nights spent playing and jamming on tour became the duo’s catalyst for, as Kellaway says, â€œbring their own music out of the garage and on stageâ€.

â€œWe spent a lot of time on the road and in hotels and we were just snooping around and talking about things and working on songs,â€ says Kellaway. King Stingray “was formed just to play music and for a long-standing friendship and family.”

Yunupingu, Kellaway, and bassist and backing vocalist Dimathaya Burrarwanga grew up learning and playing music together in Yirrkala (King Stingray is complemented by Campbell Messer on bass and Lewis Styles on drums). They were taught by Kellaway’s father, “a bit of a master of the ambiance” who now tours with them. â€œIt’s a pleasure to be around him making music,â€ says Kellaway. â€œHe’s just cool and it’s for fun, that’s exactly why he makes music and why we do it. The legacy of what he’s been able to bring to the table helps us make sure we have fun, that’s the main focus. “

Yunupingi, Kellaway and Burrarwanga have been influenced by Yothu Yindi, Swamp Jockeys and the Warumpi group. But one song in particular looms large in their musical origin story: ‘Wipe Out’ by ’60s California band The Surfaris, a surf rock instrument that Kellaway said was’ oddly just a huge hit. with many communities in Arnhem Land â€.

â€œIt kicks in and would play out pretty much every step as you grow older. Everyone stood in line in front of the drums, taking turns for the solo drum part, â€he recalls. â€œPeople dance and go on and it’s just a funny song. Maybe that kind of fast beat and the punchy, powerful drums are what inspired us to play rock music. “

Just like Yothu Yindi did decades ago with his own music and message, King Stingray wants to “bring Yolngu surf rock to the world”. At first, Kellaway admits, the group couldn’t predict what people would think. But after selling shows earlier this year, King Stingray realized they had created something people loved.

â€œYou run into a concert and you’re like ‘What? There are people other than my family and friends who come to me,’ which is weird because when you’re in a little rock’n’group roll around town, you usually know every person in the crowd.

King Stingray’s songs are “very relevant to Yolngu culture, but they’re also pretty universal feelings,” Kellaway says. He cites their second single, ‘Get Me Out’ as an example. Released in January as several cities in Australia suffered instant shutdowns, the song became the number one most played Australian track on triple j. “Get Me Out” is loaded with a feeling of palpable desire, with its guitar lines and melancholy lyrics: “Colors change / I know my house is never far / Take me out of town. “

“Get Me Out” joins the other two songs from the small but formidable canon King Stingray: ‘, which means’ show the way’ in the Yolngu language.

Kellaway, who co-directed the clip shot in Yirrkala, says it’s all about reuniting. “In the chorus, ‘wangany’thirri’ basically says, we are one, we are all in the same boat and we have to help each other, take care of each other and support each other.”

King Stingray’s long-awaited debut album will stay true to their upbeat and positive personalities, Kellaway says, but some of the new songs will explore a more emotional side of the band that we haven’t heard yet.

â€œWhether it’s a story of running away from angry community camp dogs wanting to bite or chase you, or going into the bush and hopping in the car and trying to go fishing,â€ there are all different stories and different energies throughout the songs. Some hard-hitting numbers and some that will give you goosebumps and make you want to cry, â€Kellaway teases. “It’s like going on a trip, to different places and sharing ideas, but also laughing and playing.”

“It’s an Australian sound and like our parents did in Yothu Yindi, we would like to take our music to different parts of the world.”

Coral Moons on the rise as indie rock band to watch