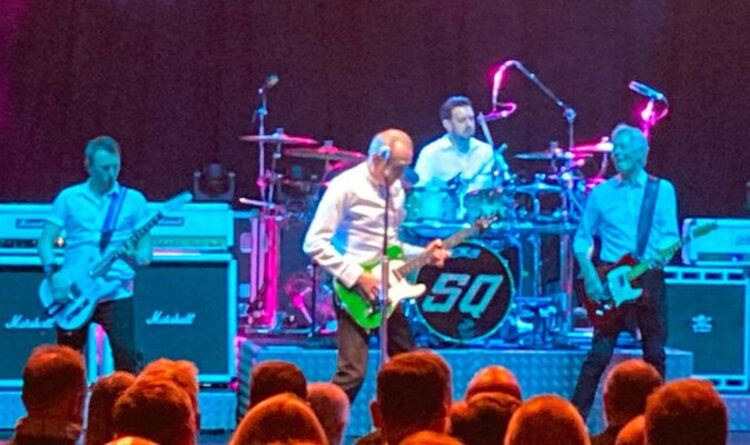 Now, a global pandemic can be added to the great list of hurdles the perennial rockers have managed to overcome over a staggering 60-year career. Band leader Francis Rossi has revealed the two years in lockdown were the only times since he took the stage in 1962 that he hasn’t managed to perform live and admits he was worried he “wouldn’t never work again”.

Taking to the stage at Manchester’s magnificent Bridgewater Hall – an amphitheater more accustomed to housing The Hallé orchestra than to the strains of a heavy rock band – it seems the Quo have never been absent as Rossi, wearing a designer vest and jeans, defies his fast approach 73rd birthday to launch into a loud version of Caroline.

Adjusting to the salubrious environment, the audience may not be as wild as they once were, but a sea of ​​bald heads nod their heads in appreciation as the energy on stage never fails never to let up as slice after slice of 12-bar infused classic rock is expertly delivered.

While Parfitt’s absence remains a huge void, his replacement Richie Malone is proving to be an excellent player and his youthful exuberance alongside fellow “young” Leon Cave on drums, adds a fresh zest to the performance alongside senior statesmen John “Rhino” Edwards, Andrew Bown and Grand Master Rossi. .

A surprise selection of tracks from 2019’s critically acclaimed album Backbone keep the show from sliding into a full nostalgia fest, while deeper cuts such as Hold Ya Back, Rain and Softer Ride satisfy the hardcore.

But for many viewers, it’s the direct barrage of Whatever You Want, Down Down and Rockin’ All Over The World that heralds an outburst of unbridled air guitar joy. As the final notes of the encore song – 1972’s Paper Plane – sound, the terrible silence the pandemic has brought to stages across the country seems like a deep, distant past. How fabulous that the status quo has been resumed.

The rock group announces a Settle concert and a new single