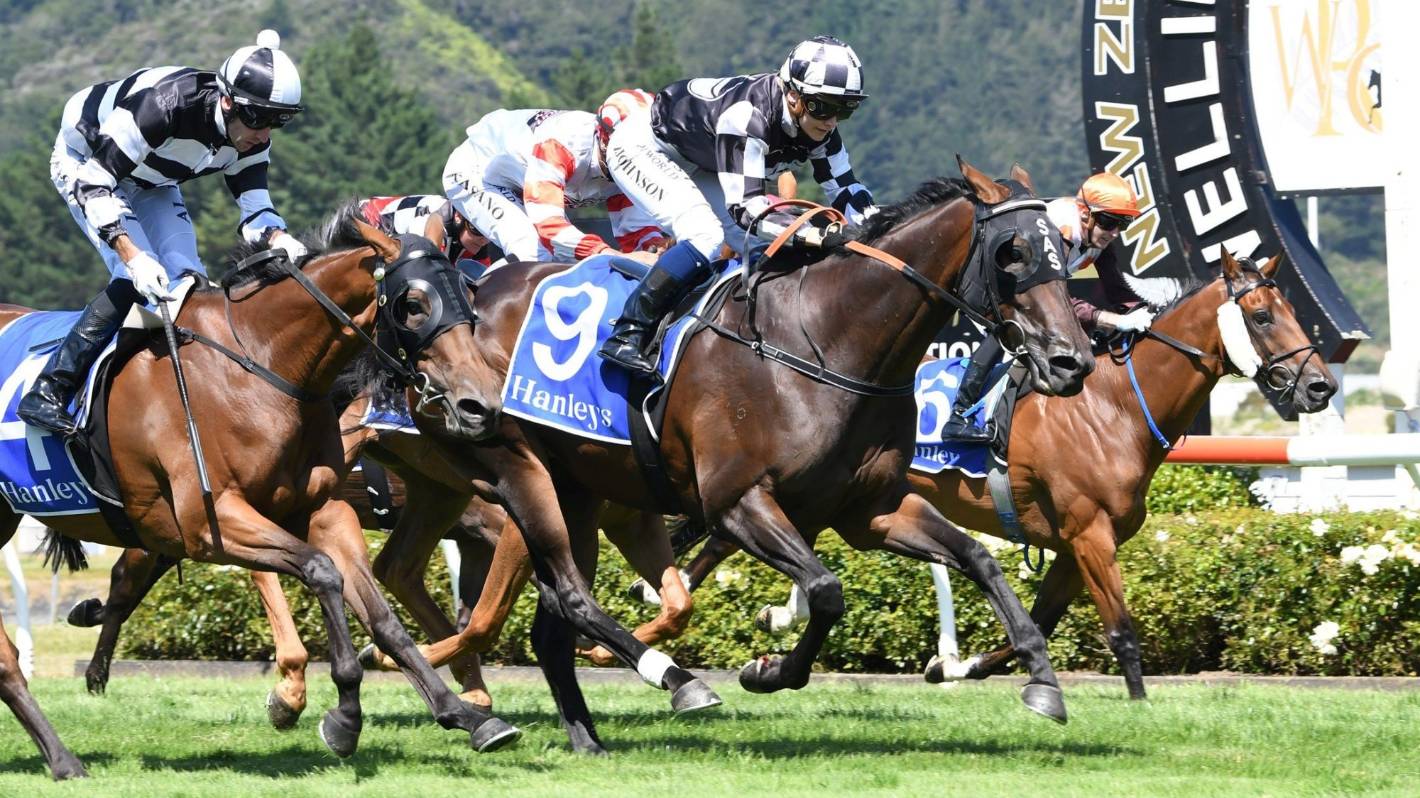 Start of derby for the undefeated Shamus in the balance

Our Hail Mary is one of coach Allan Sharrock’s two runners in the Listed Marton Cup (2200m) on Saturday.

Shamus is well exposed in the Gr.1 Vodafone New Zealand Derby (2400m) market and a decision whether he will give coach Allan Sharrock the chance for a second success in the remaining classic will be made after his next race.

Currently in third row at $ 14, the gifted 3-year-old Taranaki is undefeated in three appearances up to 1400m and after Saturday’s Gr.2 Life Direct Wellington Guineas (1400m), his fall goal will be locked.

â€œIt could be the Classic, because on the pedigree it couldn’t go beyond a mile. He’s from Shamexpress and a Per Incanto mare, but he’s a horse that just likes to please and he’s a laid back, calm guy.

â€œIt’s still unexploited and hasn’t had a tough race and sometimes the 3 year olds can go over their pedigrees. Snap and Wahid were two that did and I had Wahid, and he was never going to reach 2400m again.

â€œAfter his next race I’m going to sit down with them and they’re open to either race, they’re both good targets,â€ said Sharrock.

Conditioner New Plymouth also plans a two-pronged attack in the Marton JAPAC Homes Listed Cup on Saturday at Awapuni Racecourse (2200m), with Our Hail Mary and Waisake with the Trentham Stakes of Gr.3 technology. the following week (2100m) also very present the mixture.

However, the track conditions on Saturday will have the final say on their schedules.

â€œThey’ll ride as long as the track isn’t too hard and I cross them late if I have to,â€ said Sharrock. â€œI’m going to take them home and suffer the consequences.

â€œI can’t afford to run them on rock hard tracks. I’m not a crybaby but this is about animal welfare and that would be just too hard.

If Our Hail Mary and Waisake were running at Awapuni, Sharrock suggested the former was his best chance.

Daughter of Ocean Park, Our Hail Mary will enjoy the treble and has won three of her four over 1800m starts, including last season’s Trentham Stakes.

Waisake, reigning Wellington Cup champion (3200m) in Gr.3, is improving with recent races and will compete in his second middle distance race of his preparation.

â€œI would put Our Hail Mary ahead of Waisake, but he is following well and the blinders will continue in the Trentham Stakes,â€ he said.

â€œI would like more horses like Darci la Bella in the stable. She’s tenacious and tough and never stops trying, â€Sharrock said.

The mare Darci Brahma opened her campaign with back-to-back victories on the course before finishing second, still at Awapuni.

By Atlante, Sumi picked up with a hollow victory on her home track, then got a passing mark with her most recent effort for fourth place.

â€œShe goes to the Wairarapa Breeders’ Stakes (Listed, 1600m) and her first run was huge and she was a good second,â€ said Sharrock.

Tavattack returned after a 10 month hiatus before Christmas and did well to finish second after running three wide without cover.