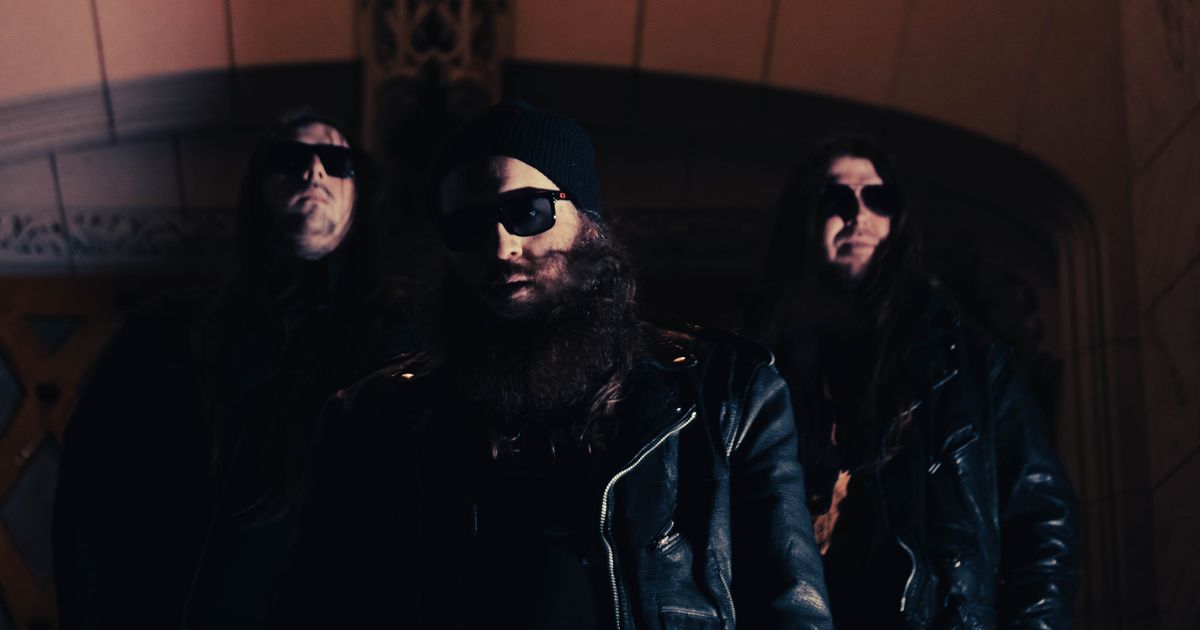 By Julien A. Luebbers

The band’s roster is filled with experienced musicians from local metal, punk and hardcore bands, but when the four members come together under the banner of Cruel Velvet, the result is gothic rock that’s authentically melodic, poetic and macabre.

“I started writing songs in this style 10 years ago,” said guitarist and vocalist Josh Rodriguez. “But I was already in a bunch of metal bands and I didn’t know anyone who could do traditional singing, or who would be interested in a project.”

The two bonded over their common interest and started playing. They then gradually built their roster up to its current state, with Joel May on drums and Matt Lefebvre on keyboards.

Waring said Cruel Velvet had become “a rock band with gothic paraphernalia”. They bring together melodic lines and traditional vocals with 80s-inspired synths and melancholic yet humorous lyrics.

A sense of humor is crucial to the Gothic aesthetic, Waring explained. “Our lyrical aesthetic is like a very serious matter taken not seriously.”

Discussing “I Never Feel Alive,” a slow-building, vocal track released earlier this year, Rodriguez said Taylor Waring “definitely wrote this song about depression. But when you hear the lyrics, it’s like ‘oh, it could also be right to be Dracula.’ ”

The group’s latest release is “Angelus”, a single released on the platforms last month. “Angelus is like a gothic rock song,” Waring said. It’s driven and catchy, backed by eerie chord progressions and a dramatic sense of rhythm. “But now we are starting to integrate these other elements,” he added. The song’s gothic core is tinged with moments of metal and shimmering synths.

“Angelus” was the group’s first song, although it was their fourth release. It has grown over the band’s history to become a complex, intertwined track; Waring’s voice alone swells up to five layers in the chorus.

Where most bands would view the release of their fourth single as the time to start a longer project, Cruel Velvet decided to stick with a singles schedule. “We have something to release every month and a half, every two months, and we can make a name for ourselves that way,” said Waring, who also cited the current state of the music industry among the reasons for their album-less approach. .

The gothic rock genre has changed a lot since its emergence in the late ’70s. “Culture,” Waring said, “as much as anything else is culture, is kind of a question mark.” He pointed to online discussions about whether the goth subculture, in its current state, is purely aesthetic or rooted in its musical origins.

For Cruel Velvet, it’s the music and not the aesthetics that matters most.

Rodriguez and Waring were able to isolate certain traits of the broadly defined goth subculture that appear in their music: “an inherent, dark tone” and “bittersweet melodies” Waring and Rodriguez said.

For Cruel Velvet, genre is more about “atmosphere rather than subject” and the freedoms given to them as songwriters and musicians within the framework of gothic rock that their metal bands are not conducive to.

“Gothic culture is performative,” Waring said. It relies on nostalgia for “that eighth grade, ‘my girlfriend broke up with me’ or ‘my crush doesn’t like me’… feeling. Reveling in these young sentiments is inherent to the genre.

For Rodriguez and Waring, it comes down to the opportunity to put themselves at the forefront of their music. “I write about my life,” Waring continued. “My training is in poetry.”

Rodriguez lets his own interest in horror and video game soundtracks shine through writing the synth parts, and his background in music production guiding the sound of the tracks. Cruel Velvet allows them to both showcase their interests and backgrounds.

From an audience perspective, however, Cruel Velvet feels authentic, melodic, and emotional. They make music for dark times and bright times, spinning from threads of something bitter with a hint of sweetness.