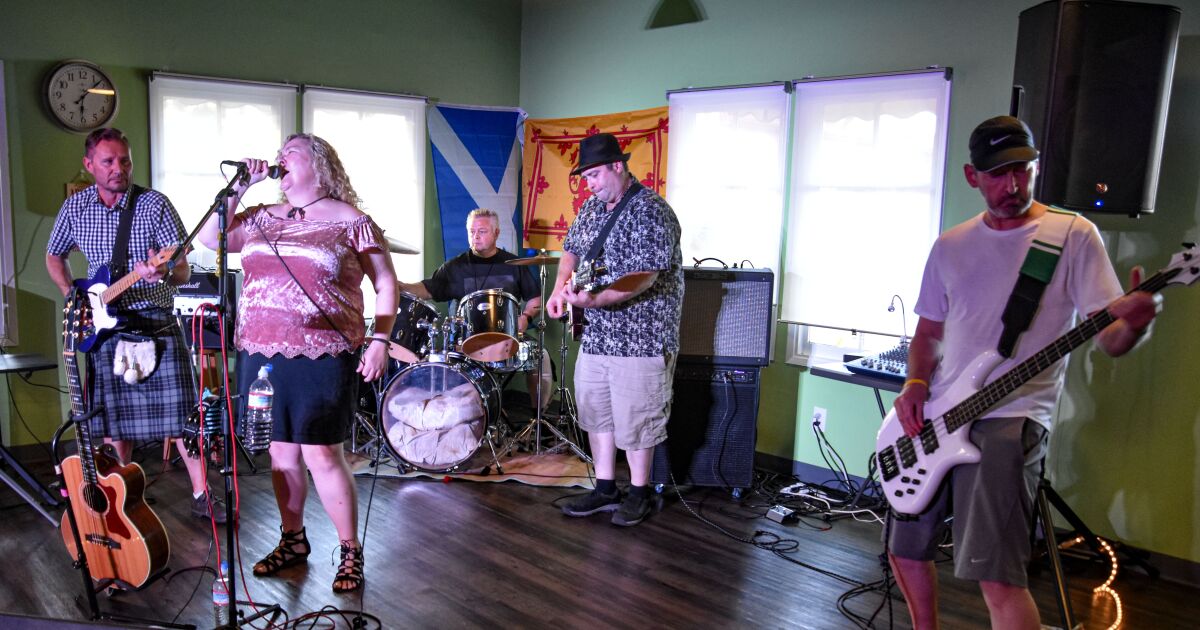 Lee Nightingale wanted to reform the band. Only it had been 35 years and the players all lived in different countries.

They started as high school students in Wick, Scotland. Playing covers such as Bon Jovi and Bryan Adams, the band Fast Forward had been together for about two years. Then the band members split up and found themselves on different ends of the planet.

After meeting his future wife, guitarist Nightingale moved to Poway in 2003. Bassist Kevin Henderson is a chemist in Vienna, Austria. The drummer, Glen Campbell, resides in the north of England.

Nightingale began his scheme by asking if Henderson and Campbell wanted to go to an Iron Maiden concert in San Diego. When this was well received, he then asked if they wanted to play a few shows while they were together.

The group, Fast Forward, now FF 5.0, was back together. Only this time they had two new members on vocals and a second guitar.

“We came from all over the world to do it,” Nightingale said.

They performed their first concert in 35 years on September 24. The group helped turn Poway Pilates, which Nightingale and his wife own, into a room. Not only did they provide entertainment for over 80 people, but they also raised $2,000 for Crohn’s disease and colitis. Nightingale also had the opportunity to don a kilt.

First, they had to find a singer. Nightingale found Cee Cee Clark, who also sings in the San Diego-based band Dream Gypsy.

“She was seduced,” he said.

Although the band members only spoke sporadically online during their long hiatus, they were quick to remember their musical chemistry.

They started practicing on the computer. One of the challenges was the different time zones. Nightingale ended up jamming at 5am

The band spent the next six months practicing twice a week.

When they finally met in person, again to jam, the members of FF 5.0 didn’t budge.

“It’s been so much fun,” Henderson said.

The awkwardness of getting to know each other again after decades of online correspondence was gone.

As soon as the group was in the same city, the members spent over four hours in the studio preparing for the big reunion show.

“There was no story for 35 years, and then there was one,” Nightingale said.

“I had butterflies. It was excitement but it was also nervousness,” Nightingale said.

The band says they are ready for their next gig. The members are already planning another show in Poway or Vienna, where Henderson works for the United Nations. They hope to meet again around Easter.

“The momentum is there now,” Nightingale said. “We don’t want to stop. The only thing that limits people is their imagination.