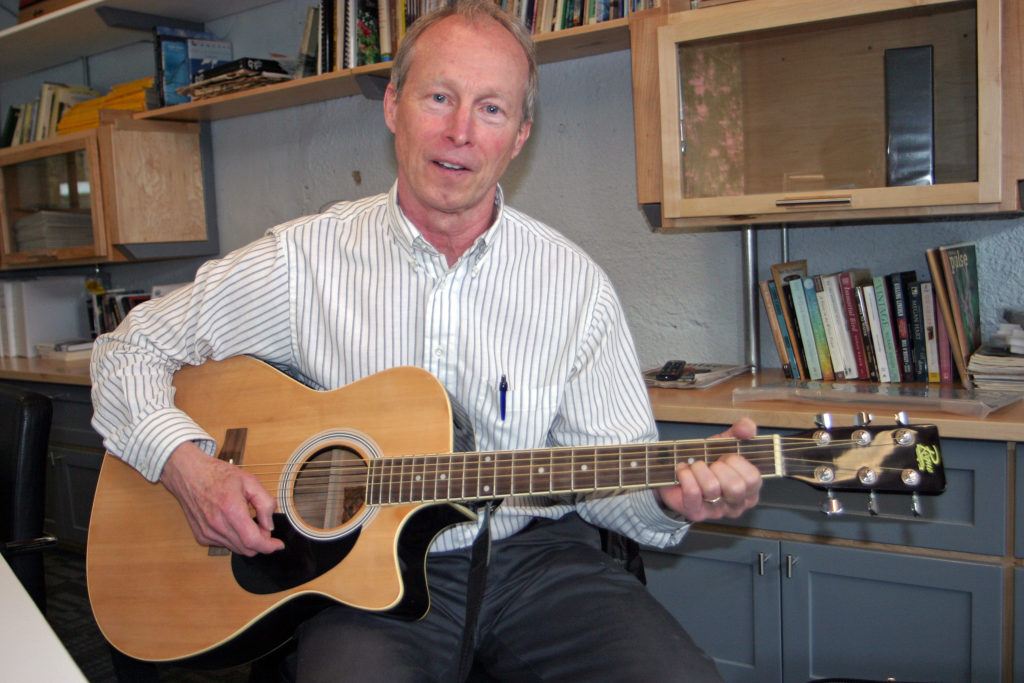 If you hear kids talking about Elvis eating dynamite, there’s a good chance he’s a member of the newly formed guitar club at the Boys & Girls Club of Door County.

“Elvis ate dynamite Goodbye Elvis. This is how we learn the names of strings, â€said Tom Mulinix, the man who came up with the idea for a guitar club.

Mulinix, known to many as the face of the Salvation Army in Door County – he’s actually the donor relations representative for all of Northeast Wisconsin and the UP – is a self-taught guitarist who has started working with members of the Boys & Girls Club when he founded a rock school when the club was located at the old school in Westside Sturgeon Bay.

The late actor Bob Thompson donated the money from the sale of a guitar to start the School of Rock program.

â€œThe goal was not only to teach them to play various instruments, but also to play together in a band,â€ Mulinix said.

But various moves and personnel changes resulted in the end of programming seven years ago and the sale of the group’s equipment. But the idea of â€‹â€‹making music with the kids at the club never left Mulinix. So he brought a Rogue acoustic electric guitar to a meeting of his Salvation Army board of directors and started the idea that if they gave him enough money to buy a really good guitar, he could have it. transform into six playable guitars that he could teach kids at the club to play.

The board accepted the idea, as did Boys & Girls Club’s artistic program coordinator Nicole Champeny, who herself had thought about a similar idea and was happy to not only have the idea, but also a volunteer guitar teacher.

Oh, and there was the added bonus that Mulinix is â€‹â€‹also a guitar technician, skills he learned with the help of local artist / musician Patricia Webster.

â€œI can take a pretty cheap guitar and make it playable with a few tweaks,â€ he said. â€œI remove the strings, redo the bridge, lower the action, adjust the neck. I just turned it into what I consider a real playable guitar. It helps tremendously. I can put it all together with a strap, a capo, and the guitar for about $ 100. To have electric acoustics of this quality. They play easily. One of the things that you worry about young children is that their fingers start to hurt and they get discouraged.

Mulinix has also developed a unique teaching style which he likens to riding a bicycle.

â€œYou need three things to ride a bike: balance, pedaling (stroking) and steering,â€ he said. â€œTo play the guitar, it’s beat, strumming and style. When you first start riding a bike you usually start with training wheels and have someone by your side. So I start with two chords – E and A with “training wheels” on them. I lay a foundation and build on it with each successive class. It’s amazing how some of them fly away with it.

â€œI focus on one main goal when teaching guitar: making music,â€ Mulinix continued. â€œMusic teaching is sprinkled as we make music. If you try to teach all the technical stuff, while important, it doesn’t mean much to the kids – they get bored. They want to play the guitar. So I can usually in an hour get them to the point where they can actually play a song – maybe not all of them, but a lot of them.

Mulinix teaches eight students per class – he said that’s the maximum number he can actually teach – and there’s a waiting list of 14 more kids who want to learn to play the guitar.

He knows not everyone will stick with the guitar, but he also notices when things start to snap with a student and they start to get the hang of it. He said it was amazing to see this recognition.

â€œIt doesn’t matter to me if some people give up,â€ he said, â€œBut I tell those who stick to it that being able to make music will change their lives in a way that they can’t imagine now. I know – it changed mine.

Mulinix said he also had to recognize guitarist Tim Cigler, who replaces if Mulinix can’t do a course; Dan Sallinen, 2018 Young Person of the Year, who Mulinix says is a talented guitarist and mentor to fellow club members; and Nicole Champeny for defending the program.

Dan Sallinen is the club’s Young of the Year 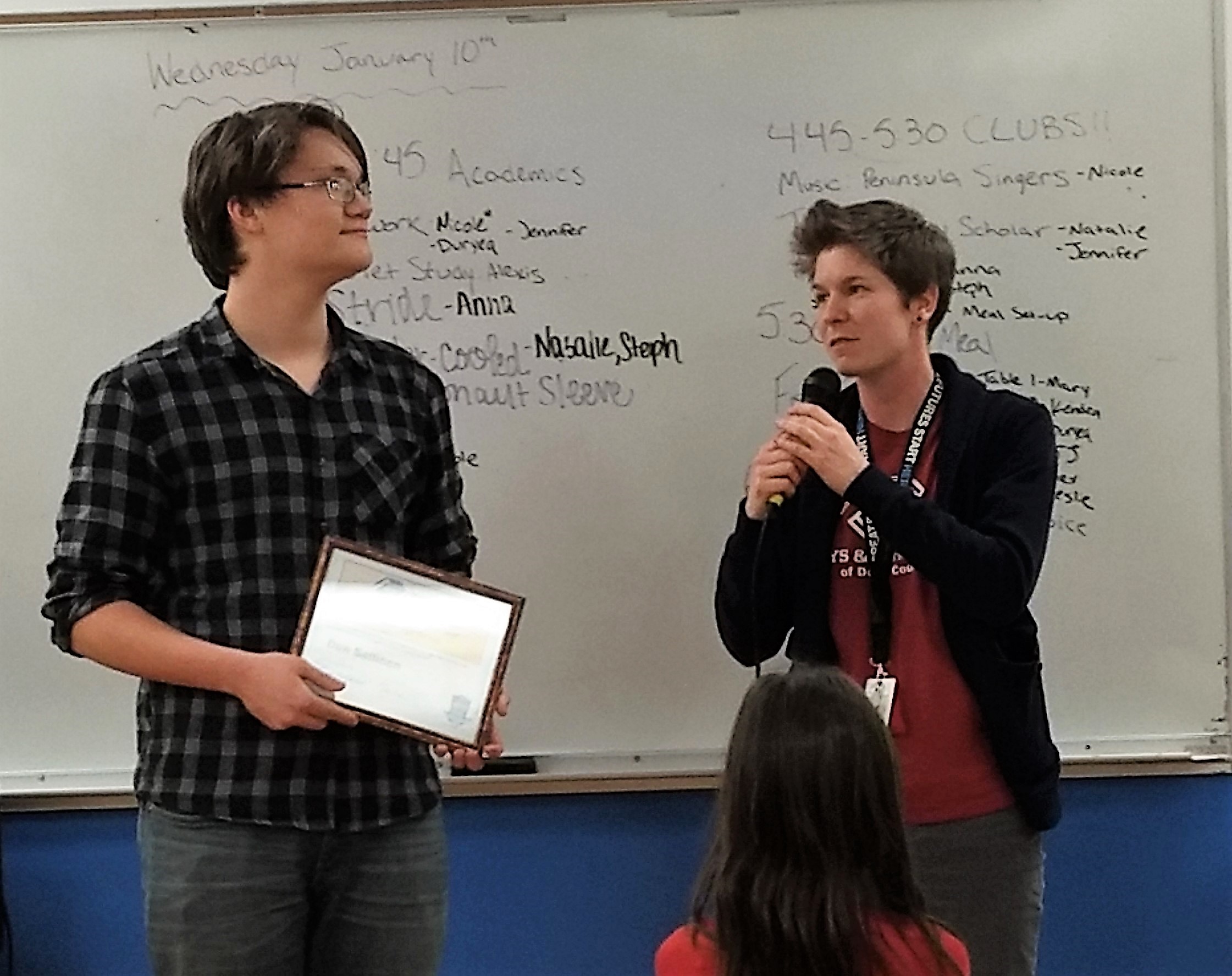 At the Boys & Girls Club of Door County (BGCDC) annual stewardship breakfast at Stone Harbor Resort on February 8, Sturgeon Bay High School senior Dan Sallinen was chosen as the Youth of the Year for the club, which means that it will represent the club in the state competition. The state winner then enters the national competition.

The club’s Youth of the Year program aims to recognize young leaders who have developed skills they will need in the wider world, skills such as teamwork, communication and goal setting. The nominating committee chose Dan as someone who best uses these skills.

Dan said he has been going to the club since he was in 5th grade and made a lot of friends through the club during that time.

Most important, he said, is that he â€œbefriended old people I wouldn’t normally have had contact with. They helped me to be more mature and better prepared for the outside world.

As a guitarist, Dan learned to play other kids at the club, which led him to believe that working with kids might be in his future.

â€œThe club has helped me become a better person and a better musician,â€ he said.

Elementary Youth of the Year is Sunrise Elementary 5 student Jovan Michelsen, a four-year veteran of the club, who said it made a big difference in his life because he didn’t not to go to an empty house after school.

Door County YMCA was named Nonprofit Partner of the Year for partnering with the club and chef Damion Howard to provide free breakfasts for children during the summer months.

Marine Travelift was named Business Partner of the Year for a six-week Mechanical Advantage program designed for club members. BGCDC executive director Julie Davis said the Marine Travelift group not only continued the program this year, but also offered to mentor other manufacturers who would like to work with the club.

The group that hosts the club’s annual golf outing has been named Event Volunteer of the Year for making it an event golfers are talking about, and Barb and Doug Henderson have been named Program Volunteer of the Year for teaching golf. art of molten glass to club members. The couple had no idea they were the winners when they were tasked with creating the Fused Glass Prize.