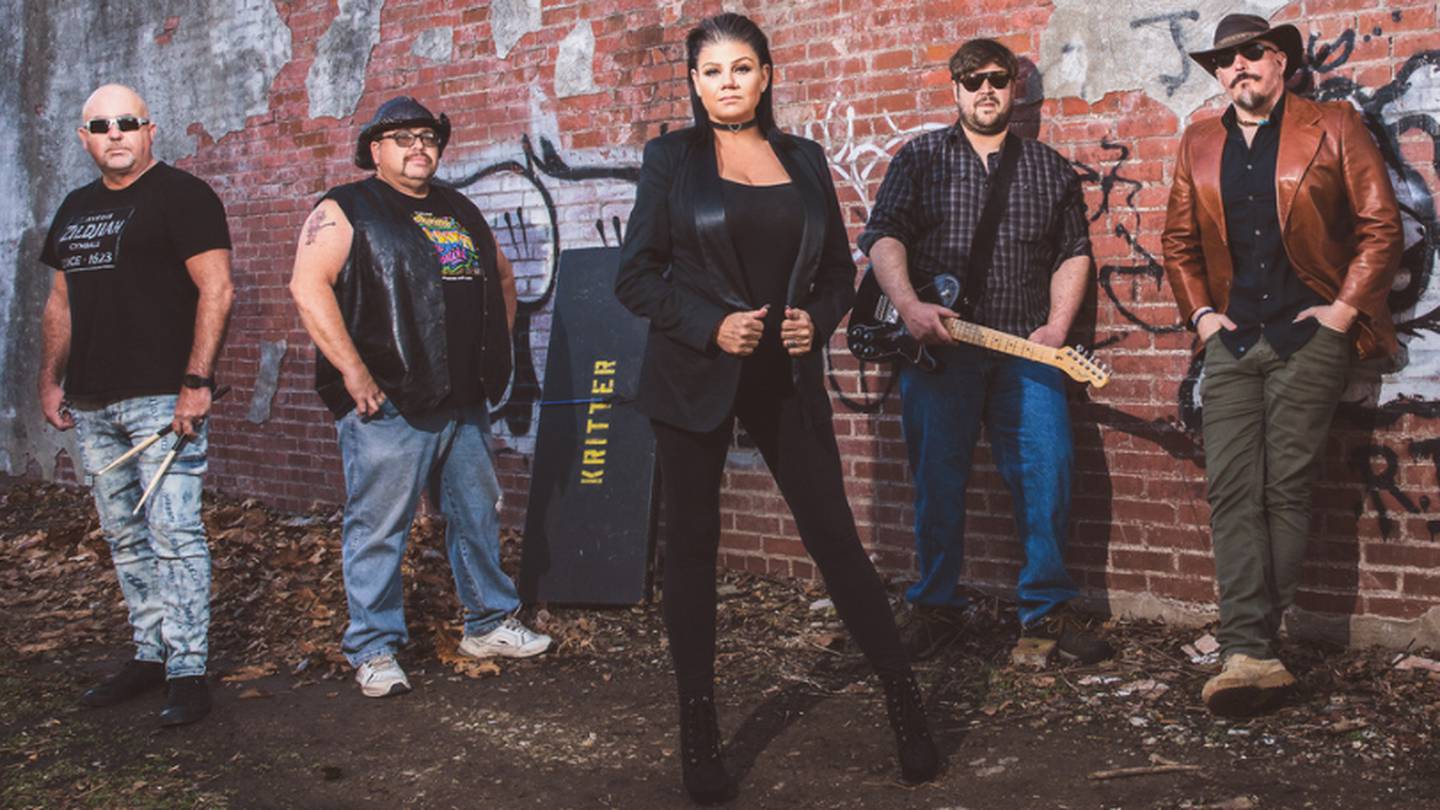 Ok so. — Riverside Rebellion is a rock band whose roots go deep into the musical culture of Oklahoma.

“I think it’s really important to consider our Oklahoma roots. We are a group from Oklahoma. We’re all from Oklahoma. We’ve all been influenced in one way or another by the local music scene, which is robust and has a great history,” said Gregg Shipman.

Gregg’s upbringing was immersed in music.

“My dad and his brothers were a well-known band in the 60s in the Tulsa area called, The Shipman Brothers. They were an integral part of what we call the Tulsa Sound. They were a big part of this scene. I played with guys like JJ Cale and Gary Busey,” Gregg said.

Jennifer grew up in Jenks and says she has been married to Gregg for about ten years.

According to Gregg, they have been together for 13 years.

For years, Gregg and Jennifer were part of several bands that played mostly covers.

“Being able to act and sing and play is a stress reliever and it’s important for balance in your life to be able to express yourself in this way,” Jennifer said.

Chris grew up in Stillwater and had a drum set in his bedroom as a kid.

“The musical influence definitely came from my dad,” Chris said.

His father wrote for the Stillwater newspaper and was also a drummer, who opened for Roy Orbison and Hank Williams, Jr., when they were just starting out.

Chris, Jennifer and Gregg had been friends for years, so playing together in a band seemed like a no-brainer.

Then, the search for a bassist began.

“We tried a lot of guys to find the people who fit best. Chemistry is as important as talent,” Gregg said.

“Kritter” studied and graduated from Okemah High School. He now lives in the Tulsa area.

“Fast forward to the summer of 2021 and we decided most of my demos were better suited for a two-guitar band, so we started interviewing guitarists,” Gregg said.

Stephen is the youngest of all the members.

“I never really fit in with musicians my age, because I grew up with classic rock. Blues and Clapton. That’s all I knew when I was a kid. All my friends didn’t like it. I can be myself and play what I like,” Stephen said.

Stephen created a studio for his band in his mother’s bedroom, in the old house where she grew up. He turned this space into a control room.

The composition of the Riverside Rebellion group was solidified in July 2021.

Band members describe the dynamic as family, with no drama.

The pandemic has had a huge impact on the music industry locally and around the world.

“Having to take a whole year off to be able to perform gave us the opportunity to be able to start focusing on our original music,” Chris said.

The group has just released its very first single, “Blood Moon”. Jennifer and Gregg wrote the lyrics early on in the COVID-19 shutdown.

“[We] worked on some lyrical ideas to go with some music I had worked on before and it fit perfectly. The mood of the music matched the lyrical idea,” Gregg said.

The song is inspired by Jennifer’s cousin, Todd, who struggled with an opioid addiction and died of a heroin overdose.

“This guy was a beautiful soul and was literally the guy who would throw the coat off your back. There is a reference in the song to a time when he gave his coat to a homeless man. It was cold. And someone asked him why he did that and he said, ‘He needed it more than I did,’” Gregg said.

Todd had been sober for about a month or two before his death. According to family members, Todd had made the decision to turn a page in his life and start working to right his wrongs. Todd even planned to check into a rehab once a bed became available.

The day after his death, his family received the call that a place had finally become available for him in the program.

Writing this song gave Jennifer a chance to heal.

“The emotions that we all feel when we play, when we record these songs, like ‘Blood Moon,’ have a big meaning,” Jennifer said.

Riverside Rebellion will perform at Neff Breweryat 321 South Frankfort in downtown Tulsa on March 4. The show starts at 7 p.m. and admission is free.

“We will be celebrating the release of ‘Blood Moon’ and announcing the release of our upcoming single of a song called ‘Aces & Eights’, a catchy rock song about the murder of Wild West icon ‘Wild Bill’ Hickock”, said Gregg.

The group has ten original songs to date.

“Our plan is to post one every month,” Chris said.

Rebellion by the riverTulsa music is just beginning to emerge on the Tulsa music scene.

Gregg hopes that in five years the band will still be cultivating their own signature sound and collaborating musically as artists from Oklahoma.

Martinelli and Smith Rowe both start