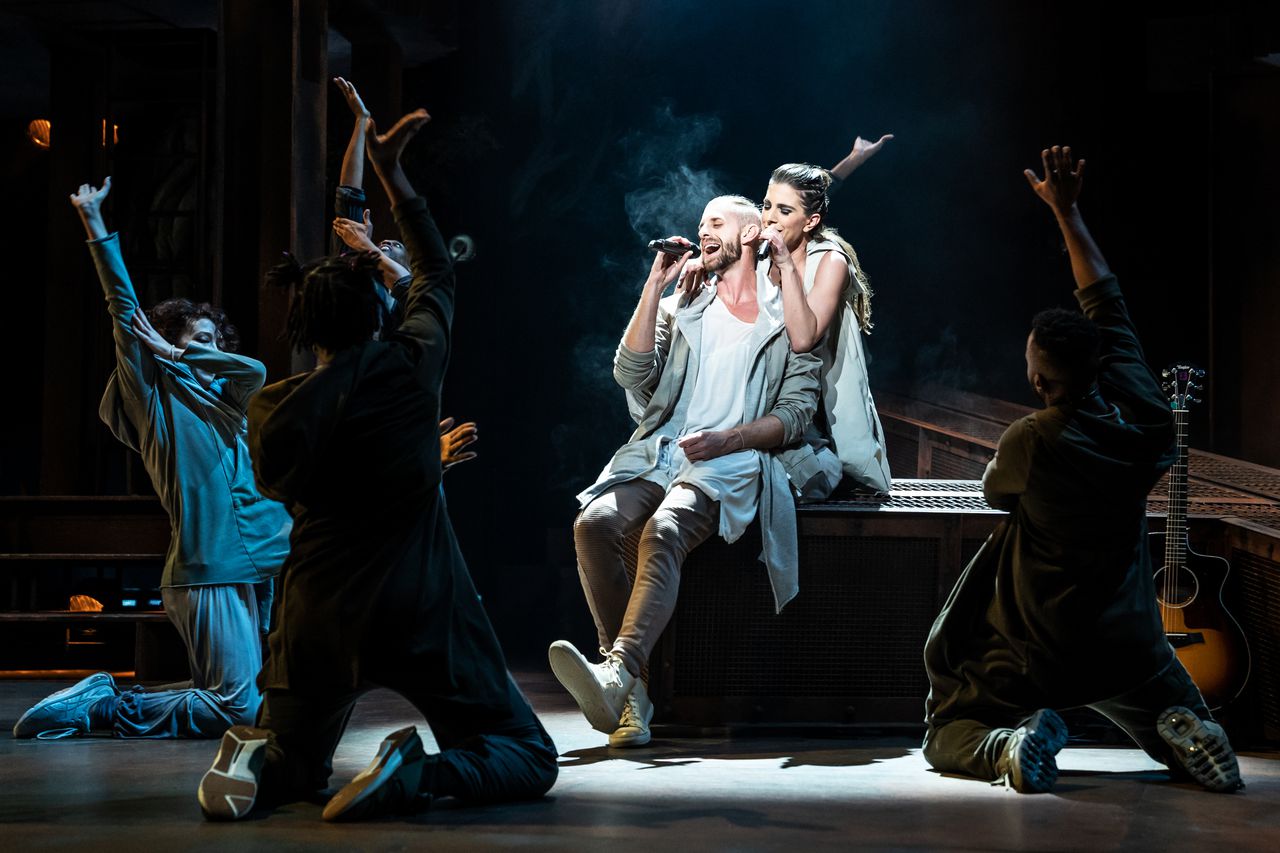 CLEVELAND, Ohio — The pandemic may have halted “Jesus Christ Superstar’s” 50th anniversary tour, but it couldn’t stop it. It’s a show that must go on.

Once the Connor Palace curtain opened on Tuesday and the mob boss began his physical taunts, the emotional ride was on, the momentum already too great to resist. Ninety fascinating minutes later, devastation and amazement reigned supreme, like King Herod.

This newcomer to the show can’t explain how the 50th anniversary tour, restarted after being halted in Playhouse Square in March 2020, compares to earlier versions of the Tim Rice and Andrew Lloyd Webber classic. All he can say is that this edition is breathtaking. It’s gritty, fast-paced, visually arresting, and packed with flair.

One distinction, of course, is clear and immediately palpable: the string orchestra. To compound the already potent effect of the show’s 11-piece rock combo, 22 local musicians are spread across the front balconies. They amplify sound from stereo to surround sound and provide Cleveland audiences with a unique and lush experience.

The visuals are no less convincing. The backdrop is a frame of steel beams, the baggy suits of hoodies and sneakers. The centerpiece is a huge cross lying face down, as if it had fallen into the earth.

The latter plays many roles, the most poignant of which are the Last Supper table and a platform for a row of elegantly costumed heads on trays, à la Jean-Baptiste. When Judas accepts his money, his hands take on this color, defiled for good, and the 39 lashes on Jesus are so many handfuls of gold powder, thrown on the bare skin.

Cincinnati native Aaron LaVigne is outstanding in the title role. He nails every note, regardless of pitch, and often accompanies himself or the “crowd” on stage on guitar. To his performance, he brings intense vocal energy and pathos, dazzling the ears and tugging the heart strings in the same long breath. His comfort in the role is obvious, but so is his discomfort. He is there with us on the tragic journey.

There is also no denial to the Peter of Omar Lopez-Cepero or Jenna Rubaii, who play Judas and Mary. Both are dynamic physical presences and gifted performers with robust, expressive vocals. Rubaii’s “I Don’t Know How to Love Her” is deeply touching, and Lopez-Cepero is a living magnetic thread throughout her intricate character arc. As Pilate, Tommy Sherlock plays hard-rock punk that’s anything but one-dimensional.

In fact, the talent pool is deep, deeper even than the ceremonial wands suggestively stroked by priests. Alvin Crawford is a booming, resonant Caiaphas, and Tyce Green stands out as an electric Annas. Paul Louis Lessard saw him as a flamboyant Herod, a carnival master amused by the whole situation.

Even the crowd is remarkable. Whether Roman soldiers, a bloodthirsty mob or devoted followers, the ensemble members are thrilling, performing their dance moves and musical duties with incredible zeal. These are the muscles of the series, the fundamental force that can give this “Jesus Christ Superstar” a long if not eternal life.

What time does the Super Bowl start?