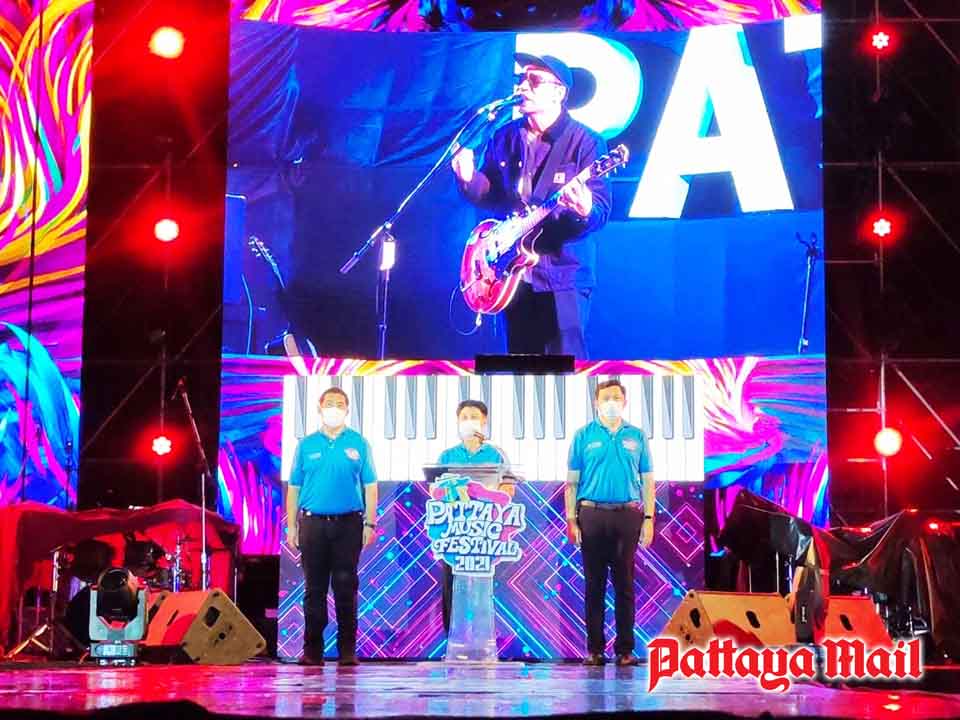 Rain delayed the start of the Pattaya Music Festival by an hour, but fans inside and outside the fences sang Thai pop and rock throughout Friday night.

Chonburi Governor Pakarathorn Thienchai and Pattaya Mayor Sonthaya Kunplome kicked off the first of four weekends of concerts on the Central and Beach Roads stage after the rain stopped.

A limited number of people were allowed inside the stage, all of whom were asked not to stand, dance and sit a meter away from the friends they had come with.

Outside of the fences, where no attempt was made to enforce disease control rules, music fans obviously had more fun. The groups gathered near the fences and sat together on the beach without the oppressive spirit of festival security.

Bathers only had to deal with police patrols reminding them that they cannot drink alcohol on the beach.

The ridiculous face of a “socially distanced” music festival will repeat itself next weekend at Jomtien Beach, and then for two weekends in December.