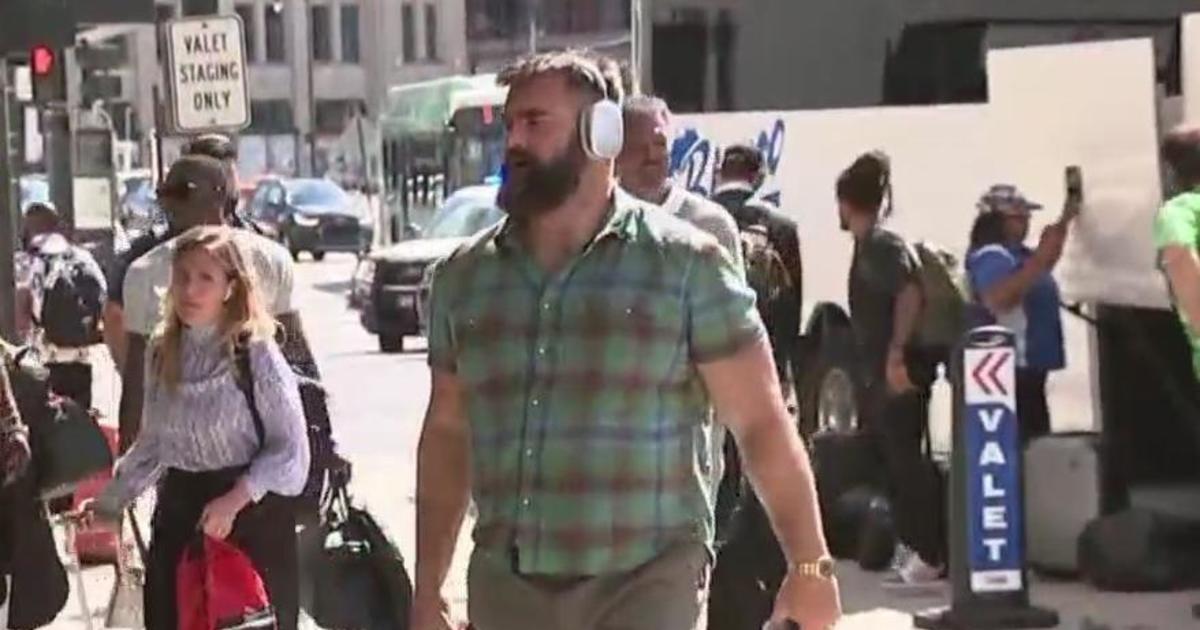 PHILADELPHIA (CBS) — Excitement is growing in the Philadelphia area as the Eagles kick off the regular season Sunday against the Lions. Tons of Birds fans even made the trip to Detroit.

CBS3’s Pat Gallen made the trip and met some of the hundreds of Eagles fans at Firebird Tavern in downtown Detroit.

Fans are ready to play for Sunday’s Eagles-Lions game.

Head coach Nick Sirianni and company arrived around 3 p.m. Saturday. He is eager to start the second year in charge.

Brandon Graham, who is back home in Detroit, will play his first game since tearing his Achilles tendon last year.

Jason Kelce is also ready to rock after elbow surgery in the offseason.

“Jason Kelce is back here for a reason, not just to hang out and have fun,” said John Barchard of the Bell & Birdmen podcast. “They’ve stacked this team around Jalen Hurts. It’s fair to say they’re going to run the Super Bowl.” It’s just up to them to finally go and realize these things.”

“I think it’s one week at a time,” Vine Rizzuto said. “Like last year, everyone asks, ‘Is Hurts the guy?’ And this week he is. So I think we have to get into that mentality. It’s not week 18 yet. We’re not thinking about the playoffs yet. Let’s just get the win. Let’s get the win. Let’s think about Monday night. Take it one step at a time.”

So the Birds are ready – so are the pundits and the fans.

It’s a party in Detroit as you can imagine.

The Eagles and Lions will kick off at 1 p.m. Sunday at Ford Field.

This report was produced by Pat Gallen of CBS3.

The CBS3 staff is a group of experienced journalists who bring the content to you on CBSPhiladelphia.com.