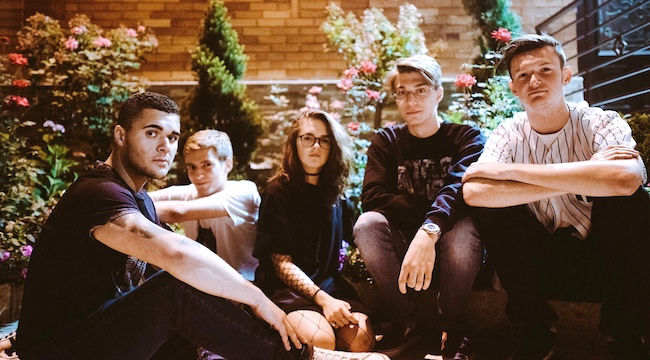 Standing out as an emerging indie rock band isn’t easy, but Waterbury, Connecticut’s Mandala figured out how to do it, going a little old-fashioned in an unexpected way on their newly released second album, Money for smiles.

The opening track “David Brown” lasts four minutes but ends with a one minute guitar solo, not to mention that it also begins with a minute of guitar work. Even the next song, â€œWashed Up,â€ which only lasts two and a half minutes to begin with, spends its last half focusing on Chris Desiderio’s guitar chops. And guess what? It’s fun as hell! When was the last time an indie rock band spent so much time on guitar solos, or rather, when was the last time they were so charmingly done? The indie rock guitar solo is not dead!

Money for smiles is more than that, though, since all that six-string focus wouldn’t mean anything if that was all there was to it. The 36-minute recording, which was written and recorded in Desiderio’s living room over the past year, is filled with quality songwriting, solid grooves, and consistently smooth and skillful vocal performances from singer Morgan Fasanelli. . She says about the record:

â€œThis album holds a special place in all of our hearts. This album contains our groove, our heart and our soul. With any project, especially a DIY, there will be flaws and criticism, but we’re incredibly proud of how this project came out. After a deep reflection on this album, the five of us are confident to say that our music is constantly developing and this album captures that while presenting a very nostalgic feeling to our listeners.