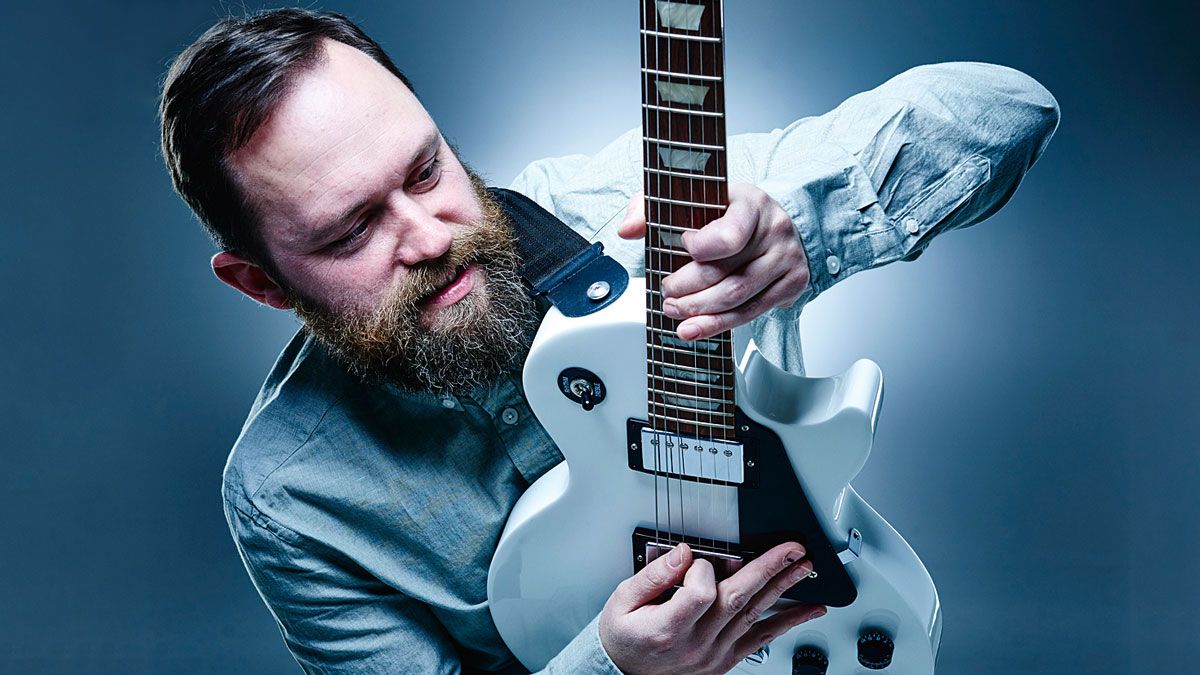 Learn 20 rock guitar riffs that will enhance your solos

Welcome to our celebration of rock solo guitar! The goal of this huge lesson is to provide you with some basic concepts and techniques that will help you build your soloing vocabulary as we examine the styles of some rock legends. From Jimi Hendrix and David Gilmour to John Mayer and Joe Bonamassa, there’s something for everyone.

When creating guitar licks and solos, the major and minor pentatonic scales are a popular starting point for many guitarists, and several of our examples use them as a base.

As you go through the licks, try to identify commonly used shapes. As you become familiar with these well-used scales, see if you can create your own plans using these ideas as a starting point.

Changing a note here or there, altering the rhythm, using picking instead of legato, or using bends instead of straight notes, can color them in a completely different way – and it will take your playing to the next level.

We begin with a look at the style of rock guitar innovator Jimi Hendrix. It’s worth breaking up the difficult E minor pentatonic run in bars 1 and 2 into shorter phrases – it’s a well-known scale, but this lick demonstrates there’s plenty of melodic mileage. The repeating line in bars 3 and 4 is a classic Hendrix turn.

A Strat’s neck pickup sounds great for blues-oriented lead work, especially when a compressor is added. Large string bends are also a key part of the Gilmour style and your goal is to make the bends sound musical and in tune.

Canadian great Jeff Healey had a unique lap-like playing technique, rubbing his neck with all four fingers and his thumb, and achieving tremendous vibrato and string vibrations in the process.

Still, his phrasing was largely blues-based, with pentatonic scales featuring prominently in his solos, so you don’t have to play the style trick for our lick!

For this example, pump the overdrive and dig hard. Joe’s finger vibrato can be frenetic and ferocious, and his string bending is ferocious. But he’s about as adept all over the fretboard as anyone, so see if you can get close to his fluidity and smooth execution.

Procol Harum guitarist Robin Trower is famous for his Hendrix-inspired guitar moments. Our example combines Robin’s sought-after fuzz and Uni-Vibe sound with an Em7 played in a voicing similar to the Hendrix 7#9 chord.

Open strings can be used as pedal sounds to create riffs that incorporate both legato and picking. This Aerosmith-inspired riff combines pull-offs with select notes and is a demonstration of the octave interval in action.

Pre-bending is a key part of Brian May’s technical arsenal. Pre-bending the string allows the Queen guitarist to apply a vocal-like vibrato that dips below and above the pitch. His vibrato and pitching bends are exemplary, and he’s a master at mixing it all up with quick bursts of note.

Guitarist Deep Purple and Rainbow’s whammy bar work is a key part of our tablature example, so be sure to employ a vigorous jerk of the tremolo arm in bars 2 and 4. The sixteenth notes in bar 3 are a formidable challenge, but practicing four-note phrases should help.

This example uses a wah pedal as a tone filter. If you turn the wah on and leave the pedal in the sweet spot, it produces a focused sound that cuts through the mix.

Bars 3 and 4 describe a typical Santana trademark: the repeated line of three notes leading to a single quick note. It looks more complicated than it is, so just spend some time studying the tab and then dive into it.

Mahogany Rush guitarist Frank Marino is famous for his choppy Hendrix-style approach. In this shot, we use unison bends to thicken the sound. Simply bend the note on the third string up to the pitch of the fretted note.

Texas guitar legend Billy Gibbons has a beautifully laid-back style, so try to lay back on the beat. The phrase in the final bar will sound more authentic if a few plucked harmonics are added – let the flesh of your thumb touch the string just after hitting it with the plectrum.

This Black Crowes guitarist-style lick uses a fast string bend that flattens out slowly to provide a pseudo-doppler effect. The downward stroke of bar 2 uses pull-offs derived from the minor pentatonic scale.

The minor 3rd of the G minor pentatonic scale (the Bb note) will sound best if you bend it slightly to mimic the North Mississippi Allstars guitarist. You can either raise it a semitone to B, to match the G chord, or raise it a quarter tone for a darker, more bluesy flavor.

This lick features several different ways to bend the strings in a country and American context. As always when bending strings, good intonation is key, so start slow and try to memorize the feel and sound of the target pitches.

The blues scale sounds great for runs and adds extra flavor to the basic pentatonic minor. Here we look at the Gov’t Mule guitarist’s approach to fast playing, but more expressive techniques such as string bends and vibrato also require special attention.

Chicago guitarist Terry Kath had “borderline” bags of chops, much like Jimmy Page. However, in this lick we go into ballad mode, with plenty of overdrive and delay helping that melodic lead line soar across the backing.

More ballads played here – this time in the vein of Gn’R Knock on heaven’s door Where November Rain. The mix of major and major pentatonic scales gives a bright and melodic feel. Select a neck pickup and lower your guitar’s tone control a bit for a typical sound.

This lick adds a Steely Dan fusion sensibility to the proceedings. Chord tones outline the G7 key, and chromatic passing tones are included for that jazzy touch that was de rigueur for bandleaders Walter Becker and Donald Fagen.

Excluding the final slide, there are three different notes on each string here, so you’ll need to use three fingers. Known as the “three-note-per-string technique”, it is a key element of Satriani’s style.