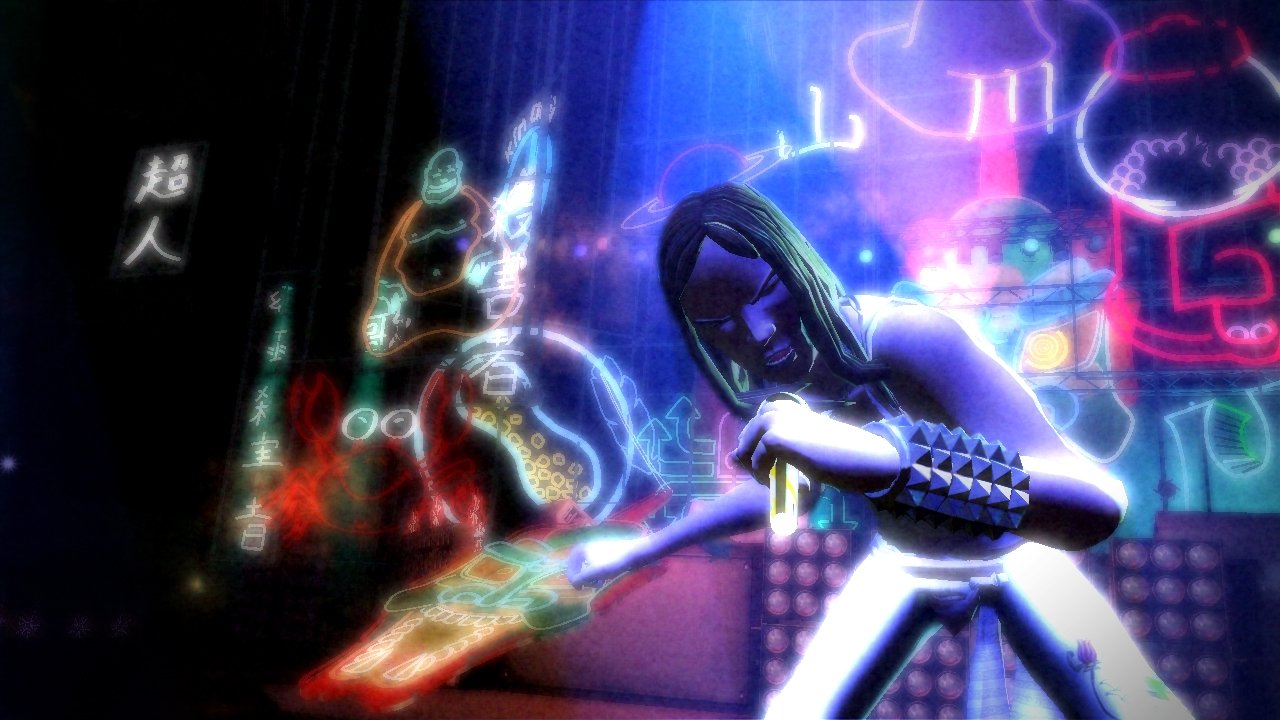 These days, Harmonix is â€‹â€‹best known for bringing a false sense of musical virtuosity to the masses by making them feel like a rock star or a professional dancer.

Through Guitar Hero, Rock Band, and Dance Central, the small Boston-based developer has made it clear that it’s about music. But recently, Harmonix tried something a little different; a little older, frankly. They went beyond the kind of rhythm game they had helped raise awareness and returned to a more frenetic, more frenetic, arcade-like experience. Rock Band Blitz, even though it went by the name of Rock Band, was not another attempt to tell the familiar tale of the rise of a struggling group. It was about jumping â€œlanesâ€ in the infamous Notes Highway, crazy power-ups that blew your score up, and ultimately bragging and being touted on Facebook by your friends. There was always the music you liked, you just played it in a new way.

So how does such a different game come out of House That Rock Built? We had the chance to speak to Matthew Nordhaus, the Rock Band Blitz project manager to find out.

C&G Review: Tell us a bit about yourself. How did you come to work in games?

I think the overlords here felt that I had enough experience in different areas to take this weird idea of â€‹â€‹user-generated content for Rock Band and make it a reality.

Matthieu Nordhaus: I’ve always been a nerd, and I loved arcade and PC games growing up, so I got a computer science degree in college. A friend I met there went to work for Activision in making games, and then in 2000 he started a games company. I went to work for him starting as a programmer – and the only employee – and gradually progressed to working as a designer, then lead designer, then producer and project manager. I’ve been fortunate enough to be able to work on quite a variety of games in a number of different roles over the past 12 years.

SGC: What have been your past projects in the industry?

MN: I worked on Dungeon Siege’s first expansion, Legends of Aranna, as well as a number of PC strategy games; Star Trek Armada I and II, and a number of Empire Earth titles. Since joining Harmonix, I have mainly worked on the Rock Band Network, our user-generated content initiative, and then on Rock Band Blitz.

SGC: How did you switch to Harmonix? The games you worked on were RPG and combat oriented, it must have been a big step to get into virtual dance and musicality.

MN: I was hired to lead the Rock Band Network’s creative team, which was a pretty unique endeavor; during development I had to do design, production and project management all at the same time. There was nothing like it. I think the overlords here felt that I had enough experience in different areas to take this weird idea of â€‹â€‹user-generated content for Rock Band and make it a reality. In the end, it was tough, but a lot of fun.

SGC: Until now, Harmonix has been best known for its virtual “rhythm master” games that make people feel like rock stars or dancers, but Blitz is a definite step backwards to the roots of frequency. or amplitude. What was the thought behind it?

SGC: How did the design process go to design Blitz?

MN: The Rock Band Blitz design process involved a lot of prototyping. We had a playable game very early on in the process, and for almost three months a small team, only three or four people, pondered a lot of different ideas about how the game could be fun; multiple control schemes, different track layouts, alternative multiplier mechanics, Blitz mode changes, etc. We tried to rearrange the design over and over again to find the fun. As with any game at Harmonix, we have a core of people who have created many beatmatch games, and we rely on them to guide development. You could say that every game we make is indebted to all of our previous games, as we learn and change the way things behave. All of them are their own special snowflakes, of course, but there are UI elements and player attention rules that we’ve realized are central to the beatmatch experience, so we don’t. ‘let’s not try to reinvent them.

SGC: With Blitz, Harmonix said he can still craft addicting and edgy games that would appeal to the hardcore ranking player. Are we going to see more in that direction?

MN: I can’t say that Rock Band Blitz is any indication of a Harmonix master plan. Every time we start a new game we try to create something fun and compelling, and every time the game responds. We learn something and it helps us decide what to do next. This is not always what we expect. [Smiles]

SGC: Will Blitz expand to other social platforms like Google+ for those who can’t or don’t want to use Facebook?

MN: We’re always interested in new frontiers for Rock Band World, but at the moment we don’t have specific plans to grow.

SGC: How did the decision to make it more of a social media experience come about?

NM: People generally have a much larger friend list on Facebook than on their consoles. We suspected that letting you play against your Facebook friends might be a richer experience. When you look at the leaderboards in Rock Band World, for example, it’s not just that there are more people, you also know who those people are in real life: you can see their picture, their playing history. and, most importantly, you can taunt and humiliate them easily when you beat their score …

SGC: Will we ever see a portable version of Blitz? It seems to work well for devices like the Vita, 3DS, and maybe phones and tablets.

MN: Boy, I would love to play Rock Band Blitz on my tablet. No plans at the moment however.

SGC: Blitz has shown that music can be an integral part of the traditional action / arcade game experience, but what about other genres? Could Harmonix make an adventure game with music or an RPG?

NM: Absoutely. I firmly believe that the crazy geniuses here at Harmonix could take almost any genre and use the music, rhythm, or beatmatch mechanics to make it better. Rock Band has always had an effective story arc; transform your party from rags to riches, accomplished with just a few cutscenes. For Dance Central 3, we took that narrative design a step further and created, frankly, a completely mundane storyline for a dance game, having to do with time travel and dance battles andâ€¦ well, you just have to. to play it. Watching this team flex their narrative muscles was fun. And a little scary. Imagine what they could do if we put them into a storytelling game!