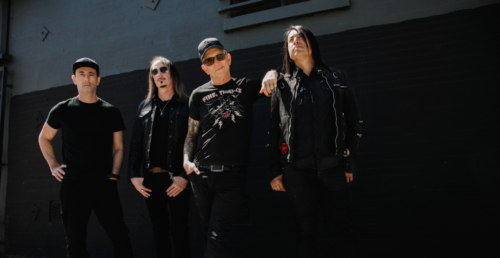 That’s right, the band that wrote and recorded some truly iconic ’90s alt-rock hits kick off their 30th anniversary tour with a stop. in Vancouver at the Commodore Ballroom on October 12.

The band – consisting of Art Alexakis on vocals and guitar, Davey French on guitar, Freddy Herrera on bass and Brian Nolan on drums – continued to tour extensively over the many decades of their successful career.

Known for their now nostalgic Gen X hits, Everclear continue to deliver animated shows comprised of their best songs “Santa Monica” and “Father of Mine” while delving into the full range of their old material – including what the group refers to as their “deep cuts”.

“By mixing and digging through the catalog, it still makes it fun and relevant for us, and I think for the fans as well,” Alexakis said in a press release. “It’s always important to play the hits, but playing those other songs as well makes everything feel more alive and real. Even though I recorded some of these songs 20 years ago, I haven’t played them for a long time, so it’s like reinventing the wheel. I’m having more fun now than I’ve had in years. I think we all are.

Everclear’s career spans 11 studio albums, thousands of live performances and numerous accolades, including a 1998 Grammy Nomination — since Alexakis reunited the band in Portland, Oregon in 1991.

Now embarking on its 30th anniversary tour, Everclear is set to hit the stage at the Commodore Ballroom in Vancouver this fall on October 12 – and it’s sure to be a show any fan won’t want to miss.

Cole Ragans set to start Wednesday at the Houston Astros