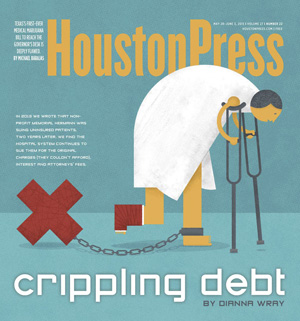 Love him or hate him, Eddie Van Halen forever changed the world of rock guitar. I’ve played guitar and been in bands for many years, so he’s always been someone I’ve known. There was no way to ignore Eddie’s presence if you were into hard rock of any kind in the early 80s. He was one of those polarizing players that people wanted to emulate or against. which people reacted strongly to.

For a long time I fell somewhere in the middle. I admired his obvious mastery of the electric guitar, but I generally hated the kind of “Camaro culture” that seemed to be the bread and butter of Van Halen (the band). But even though I never embraced their albums, I realized that Eddie Van Halen changed rock guitar forever, and for several reasons. Here are a few.

3. EVH changed the course of rock guitar
A small handful of players in rock history drastically changed people’s expectations of what was possible with an electric guitar. It doesn’t necessarily mean that I have to like their music, but it would be dishonest to say that they haven’t drastically changed things, and more noticeably than a lot of other players. Jimi Hendrix is â€‹â€‹one of those guys: no one sounded like him when he first came onto the music scene, and he rewrote the book on what good rock playing was, extracting sounds from a Stratocaster that no one else had been able until then. .

Like Hendrix and a few others, EVH blew people away when he exploded onto the national scene with his band’s debut album in 1978. Many people identify him as creating the “tapping”, as if it was his most great contribution to guitar playing, but there were players like Jeff Beck and a few others who had used finger tapping to one degree or another, for decades. But none of them had ever used him as an EVH, and he stood out in a way that people admired more than they had with anyone before. Either way, nothing that came before it sounded like guitar work on Van halen, and many earlier rock gods found themselves reluctantly apologizing or crediting the young player.

The second part of the effect of EVH on rock guitar was that suddenly, in order to be considered an amazing player, a person had to master a whole bunch of new techniques. Just playing the same pentatonic and blues licks that everyone knew wasn’t good enough if you wanted a contemporary sound anymore. What was expected of rock guitar before and after this 1978 album has been completely changed.
https://www.youtube.com/watch?v=loCSuOovbnE 2. EVH has played a major role in the evolution of electric guitars
Before EVH, the most famous rock guitarists played instruments made by one of the few manufacturers, such as Gibson or Fender. There were other guitar makers, including a few smaller builders who did custom work, but for the most part people only had a handful of options when choosing a guitar; this was especially true if you weren’t rich and famous with a lot of connections. Even before he became a rock star, Eddie wasn’t happy with the guitars available to him, and he was the kind of guy who experimented with his gear.

He combined what he thought were the best elements of a Fender Strat with the higher output pickup of an old Gibson, and created his own “Frankenstrat”, a guitar that, in a very real way, has become the model for an entire industry of new guitar builders. His playing style involved the rigorous use of a Stratocaster tremolo, a system that wouldn’t hold a chord very well when used extensively, and he became one of the first users of Floyd Rose double-locking tremolos, which made him an almost obligatory part of any hot “superstrate” in the ’80s. EVH was such a pioneer that his preferences shaped the guitar industry, and still do.
1. EVH was also instrumental in changing amplifiers
EVH’s early guitar sounds were thoroughly researched and still are. Huge forums on the Internet are dedicated to his material and his “Brown Sound”, the name given to the first sound of his amp and guitar. When Van Halen’s debut album came out, the distorted amp sound quickly gained him a lot of attention. Back in the ’70s, many hard rock guitarists were still looking for a way to squeeze more grind out of their amps, and EVH had achieved something that many other players wanted for themselves.

Like his guitar, EVH’s amp was somewhat of a mystery, with many people developing theories as to how he made an old Marshall sounded, which weren’t particularly high gain amplifiers in and of themselves. . There were theories on amplifier sound technology adding a device called Variac to change the amp voltage, as well as other ideas on how EVH got its sound; anyone who played hard rock seemed to want the EVH “package”, a hot rod Marshall amplifier with an equally hot rod Superstrat style guitar. This equipment setup almost defined the ’80s for people playing hard rock or heavy metal, and it is still very popular today.

A lot of players I’ve known hate the Van Halen and EVH pyrotechnic guitar playing style, and that’s great. Like everything else, it’s not for everyone. I reluctantly became a fan of his playing on the first three albums, but you couldn’t pay me to sit on the terrible material from the Van Hagar years; they sound like album commercials for tequila and sunscreen to me. Even then my appreciation for this early material is mostly for the mastery of the guitar and the debt I feel to the guy for his contributions to modern musical equipment which I really like.

But I can still sit and listen to “Eruption”, and lose myself in the glorious sound barrier.