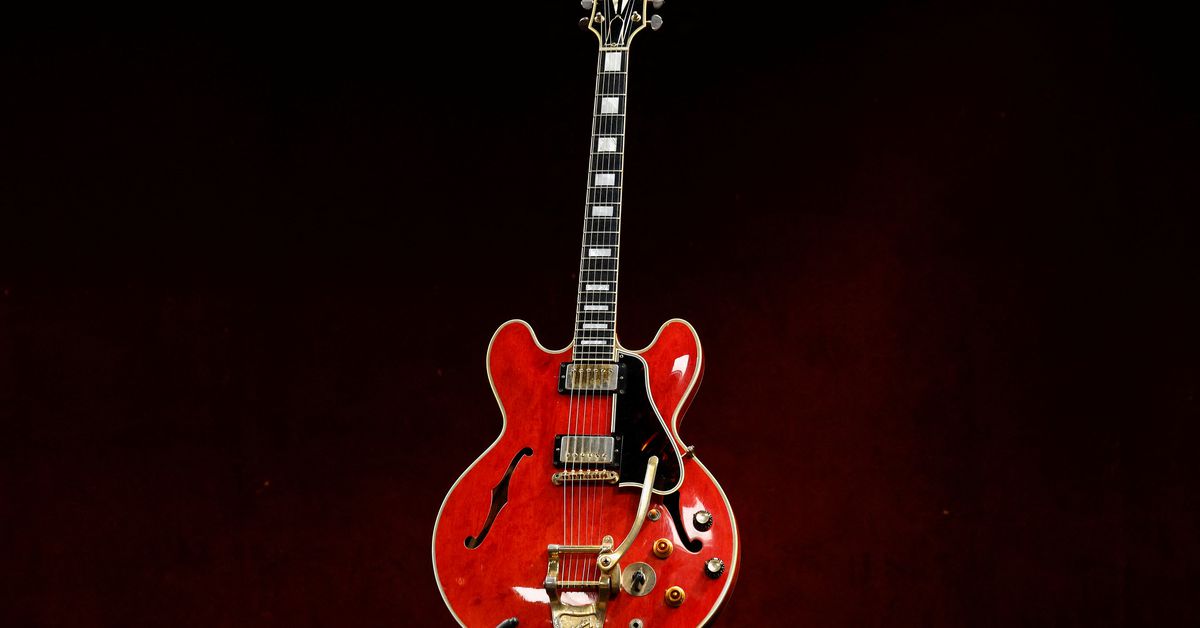 PARIS, May 17 (Reuters) – A 1960 Gibson electric guitar used by Oasis star Noel Gallagher before it was destroyed by his brother and former bandmate Liam Gallagher during a row on the night of the split of the band sold at auction in Paris for 300,000 euros ($315,900) on Tuesday.

Liam Gallagher smashed the red Gibson at a festival in the French capital in 2009, shortly before the band took the stage, in a fit of fury that would become a cult moment in music history.

It was then painstakingly repaired by a French luthier.

“This 1960 Gibson 355 serial number A34884 was the guitar Liam Gallagher smashed in Paris in 2009 the night Oasis broke up,” Noel Gallagher wrote in a note presented with the guitar.

“It was also my #1 favorite guitar that I used for both writing and recording using it on many Oasis recordings as well as using it live! Peace, love + bananas!!”

Formed in Manchester in 1991, Oasis had their heyday during the height of Britpop fame in the 1990s, with hits such as ‘Don’t Look Back In Anger’ and ‘Wonderwall’.

But the brothers’ famous feuds led to a rift in 2009, after tempers flared at the Rock en Seine festival in Paris, prompting Noel to quit the band.