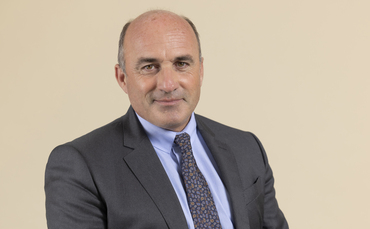 Financial markets should start preparing for a less accommodative Fed

Could investors already sense that the Federal Reserve – America’s all-powerful central bank – is changing its tone?

Since the 2008 financial crisis, the Fed has consistently cut interest rates and purchased various US government debt instruments in an effort to support the US and global economy. And this is being done even more clearly to deal with the fallout from the Covid-19 pandemic.

Under the leadership of current President Jerome Powell, the bank is arguably pursuing the most accommodating policy in its history.

But the recent rise in interest rates may have sent the penny down as some investors realize that the era of essentially free money – caused by interest rates close to zero – is drawing to a close.

What should hold our attention is not the size of the rise that pushed the 10-year US Treasury yield back to 1.5% at the end of September. These are the underlying reasons for the hike and how it materialized.

The surge in the 10-year Treasury yield, which largely determines the rates at which businesses and households can borrow, has been pretty sharp. A close examination of this change tells us that it is not the result of inflation concerns alone, but also – and more broadly – of investor expectations about the normalization of Fed policy.

Thus, the surge in yields that we have just witnessed reflects much more than the issue of rising prices. It can even turn out to be a real inflection point.

For now, many investors still believe the recent upward movement in prices will be short-lived, a view in line with current Fed language. But things are likely to change soon.

To begin with, the reasons for assuming that we are in a more prolonged inflation cycle are increasingly discernible. Rents and wages are on the rise, just as uncertainty grows over the impact of rising energy prices. Moreover, the categorical claim that the US economy is too dependent on low interest rates for the Fed to raise policy rates is probably overstated.

Industry argues stagflation fears based on abuse of language

Certainly, an apparent limitation on how far the Fed can go is that debt has reached disproportionate levels across the board. Neither the United States nor the rest of the world seem to have the means to resist significantly and durably higher interest rates.

However, an analysis of developments over the past decade reveals that the increase in US debt is mainly linked to public sector borrowing, and very little to household and corporate borrowing.

It is highly unlikely that the federal government will default due to a sharp hike in interest rates, at least as long as Republicans and Democrats can agree on the debt ceiling as they did by the pass.

At the same time, the current environment is good news for American businesses and households. GDP growth is expected to continue to support corporate income, and even if it slows, it is still expected to far exceed the potential growth rate of the economy. Households will in turn benefit from higher wages and a wealth effect reinforced by rising house prices and a booming stock market. In addition, savings have accumulated to nearly 11% of US GDP today, placing them well above their historical average. Consumers therefore have good reasons to spend their money.

On the other hand, several concerns could push the Fed to act.

The first is that the country is facing a complicated situation that could be described as â€œslowflation or stagflation 2.0â€, ie weaker growth accompanied by higher inflation expectations. It is therefore quite difficult to determine what would be the optimal monetary policy. US monetary policy makers need to reassure everyone about inflation, but without questioning the current growth momentum. A more sustainable inflation cycle, however, is the kind of thing that could strain the Fed’s hand.

All of this comes at a time of wondering who will succeed Jerome Powell and the two large-scale budget bills the Biden administration is hoping to pass ahead of the midterm elections. The two issues could also give financial markets a bumpy ride and force the US central bank to take a tougher stance.

The Fed’s message is still rather optimistic and the confidence of American investors in the institution has clearly never been so strong. But even so, the Federal Reserve may well adopt a less accommodative policy in the weeks or months to come. And this is something that investors should start preparing for.