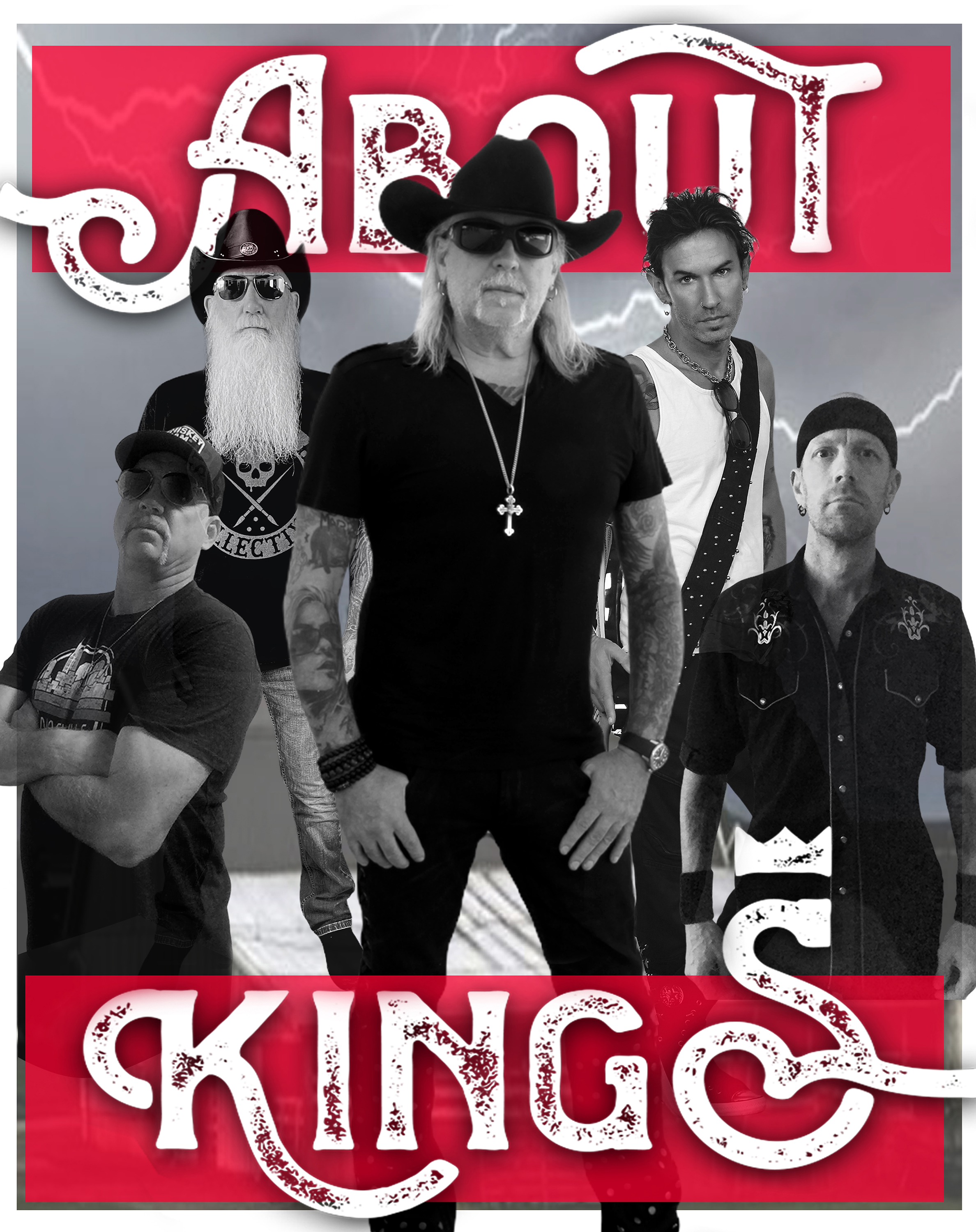 “Heaven On Down The Highway”, the debut single from European hit band About Kings, debuted on the Billboard Indicator chart at No. 53 with 18 stations reporting in its third week of release. “We’re really thrilled with the reaction we’re getting from stations,” says Doc Gonzales of Triple Crown Promotions, who leads radio promotion for the project. .”

The single is from the debut all-English album Go Big or Go Home, produced by Grammy and Oscar-nominated producer Kent Wells. John Marks serves as a consultant for the project.

“I’m really happy with the success we’ve had from the start. I would never have thought that we would be on the Billboard charts in three weeks, especially with my strong accent,” jokes Mario Barth, founding member of the group. “I’m busy cutting one-liners and making radio calls to whoever wants them. It’s something we don’t do in Europe, so it’s really fun and new to me. I look forward to meeting radio programmers in Nashville at the next radio convention.

Hailing from Austria and formed in 2017, About Kings is led by the powerful vocals and guitar of Mario Barth. But beyond the musical experience that Mario takes you through the 14-song studio album, Mario is one of the greatest tattoo artists in the world! Having been voted by the Tattoo Society “Artist of the Year” for 2021, Mario has created the art and tattooed some of the world’s finest musicians, actors, artists and celebrities, from Sylvester Stallone and Chris Angel to Tommy Lee, Lenny Kravitz and Usher. Mario is a true visionary in his craft and his art, be it music or tattooing.

“About Kings” hails from Austria, and they have performed to crowds of over 80,000 in Europe, and toured with Austrian superstar singer Andreas Gabalier. Incredibly for a Southern country rock band, their debut album was mostly sung in German! The disc was a success in Europe. The songs from their album, “Guardian Angel”, have surpassed 1 million plays on Spotify, and the music video for their song “Easy Rider” currently has over 2 million views on YouTube. Their song “Weikhard Uhr” reached number 13 on the Austria iTunes chart

Their first single “Heaven On Down The Highway” from this highly anticipated all-English album is currently #1 in the iTunes Country Charts in Germany, #20 USA Country Charts, #31 All Genres Germany Charts, #18 Ukraine all Genres Charts . The lyric video reached over 250,000 views in 3 days….

The creative force of “About Kings” is driven by the core group members as true artists, and not just in the music. Besides being one of the best artists in Euro Country Rock, Mario Barth is one of the greatest tattoo artists in the world… of all time. He was just voted “Artist of the Year” by the Tattoo Society for 2021. Mario has created the art and tattooed some of the world’s best musicians, actors, artists and celebrities, from Sylvester Stallone and Chris Angel to Tommy Lee , Lenny Kravitz and Usher. Barth is a true visionary in his profession and his art. He is also an entrepreneur and sales force as owner-head tattoo artist at Starlight Tattoo and Mario Barth Tattoo, with studios in New Jersey, Las Vegas and Austria. He is the owner-founder of the first manufacturer of tattoo ink, INTENZE Products, Inc, which is the standard of excellence and safety in the world industry, and co-founder-owner of the theme bar Tattoo-Music “Drink ‘d’ arriving at Miracle Mile Shops at Planet Hollywood Las Vegas.

Mario is also the leader of the Coalition for Tattoo Safety, a global non-profit organization that is a leader in teaching the art of tattooing, professional training, connecting artists and suppliers to the network, protecting the health and safety of tattoo artists, as well as being an industry watchdog and pushing for fair legislation and separation between the cosmetics and tattoo industries. Bob Tyrrell, who himself is one of the most talented tattoo artists in the world, appeared on the television series “Ink Master” as a judge and tattooed Kid Rock’s back.

“About Kings” made its U.S. debut on October 27, 2021 at the “Life In Ink Concert” at Mosaic On The Strip in Las Vegas, featuring country music megastar hitmakers “Lonestar” (CMA & Academy of Country Music multi-Award winners) and Tyler Rich, Gold Record Country artist with the hits “The Difference” and the new release “Better Than You’re Used Too”. At the crowded concert, About Kings premiered their debut new album “Go Big or Go Home” in true country rock style.

Official video of the lyrics of “Heaven on Down the Highway” on YouTube: https://youtu.be/K0x9p5W1moQ

Does anyone care about Apple TV+? Maybe it’s time to start