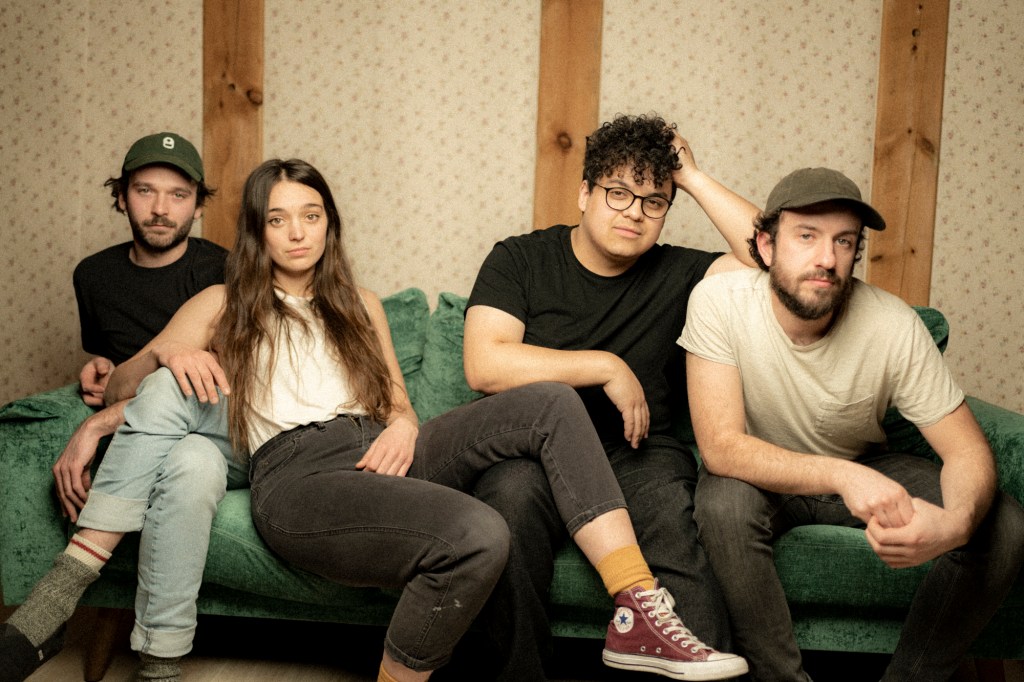 Coral Moons on the rise as indie rock band to watch

Coral Moons singer Carly Kraft says goodbye to her childhood home on the title track of her new LP “Fieldcrest”. Kraft leads the tender trail by indulging in nostalgia – ruminations about looting his parents’ liquor cellar, campfires with friends. But halfway down the track, the narrative crumbles as the singer screams over and over, “We’ve grown old.” Around his voice, the band whips in a powerful crest of volume.

â€œFieldcrest is the name of the street I grew up on in upstate New York,â€ Kraft said. “It’s about dealing with my parents’ move, but also dealing with the feeling of being late in the game as a musician in your mid-twenties.”

â€œThe end is getting a little emotional,â€ she continued. â€œI’m screaming, ‘We’ve grown old,’ and that’s pretty much a live take of building and building the band. When we listened to it again, we were all crying because it was so real and special. “

A typical route for musicians is to switch from hairbrushes and tennis rackets to microphones and guitars in high school or college, then to bars and clubs. Instead, Kraft went to the Rochester Institute of Technology and found a programming job in Boston after college.

So how did Kraft go from writing code to showcasing one of the region’s hottest bands? Like all success, skill and luck played a part. But also boredom.

“Boredom is a big word, which describes a lot,” she said with a laugh. â€œI never imagined being at a 9-5 job. The gender inequalities that exist in the workplace have been very hard on me as a female developer. I felt like I was destined for something more.

Back then, Kraft met a ton of locals in the music scene. She also contacted bassist Manuel Camacho at daytime work and the two began to cover the instruments their boss brought into the office – guitarist Justin Bartlett and drummer Kevin O’Connell round out the group. She learned some guitar chords, started writing and singing, and suddenly she and Coral Moons found themselves on stage. Rock band in the broadest sense of the word (the quartet can do atmospheric indie, retro soul and heavy rock), Coral Moons has created a buzz in a few small clubs in the city.

Momentum built then stalled. After just two years together, Coral Moons landed the 2020 Boston Music Awards nominations for Alternative / Independent Artist of the Year and Video of the Year for their single “Winnebago” – the group plays a free BMA party on Friday at the Green at 401 Park in Boston. But the pandemic has crushed the music scene.

â€œSo we thought, ‘Well, if we can’t play shows, let’s make a record,’ Kraft said. â€œIt all happened in the studio and it was kind of a big moment for us. We have been neglected compared to humans. We were alone in our spaces. As we got together we were so inspired to meet again and play music again. “

Maybe relief and joy sparked some of those studio tears. But honestly, it’s hard not to choke on the sound quality of “Fieldcrest”. Produced by Sam Kassirer at his Great North Sound Society studio in rural Maine, the record has the vibrant, earthy feel of many of Kassirer’s past projects (see records from Lake Street Dive, David Wax Museum, Kingsley Flood).

Now, with gigs on the schedule and an armful of new songs ready for LP # 2, Coral Moons thinks it’s time to pick up where they left off.

â€œThe album looks so big and special, but we also just did a three week tour and we just want to have time to celebrate, but we don’t have time because we have to record our next project,â€ said Kraft laughing.

For music and details go to coralmoons.com.