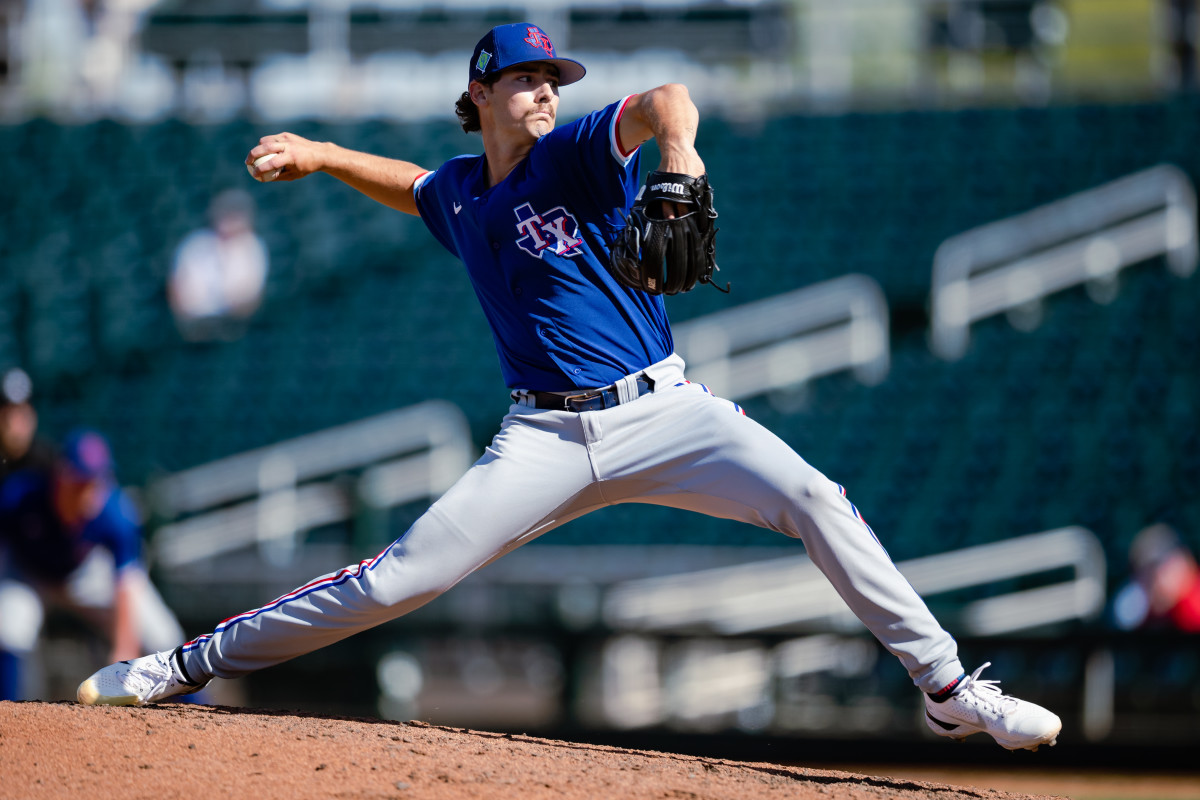 Cole Winn gave up seven walks and suffered the loss in his last start with Triple-A Round Rock on Thursday.

Winn was the No. 5 prospect in the organization before the reset, which included six Rangers named to MLB’s Top 100 overall.

Winn suffered the loss in the game against El Paso. He only pitched 3 2/3 innings. He allowed just three hits and two runs while striking out two. The seven steps contributed to his premature exit.

It was his third start in August, as he went 1-2 with a 4.97 ERA. The victory came in an August 12 start against Oklahoma City, with Winn going 5 2/3 innings, allowing three hits, one run (earned), three walks and seven strikeouts. The first start of the month, August 6 against Sugar Land, saw Winn pitch 3 1/3 innings and give up eight hits, four runs (all earned) and two walks while striking out four.

Still, with an 8-4 record, Winn has the second most wins of anyone in the organization.

Winn is in his third minor league season after being ranked No. 15 overall by Texas in the 2018 MLB Draft. He began his minor league career with a 2019 season at Class A Hickory where he went 4-4 with a 4.46 ERA with 68 innings pitched and 65 strikeouts.