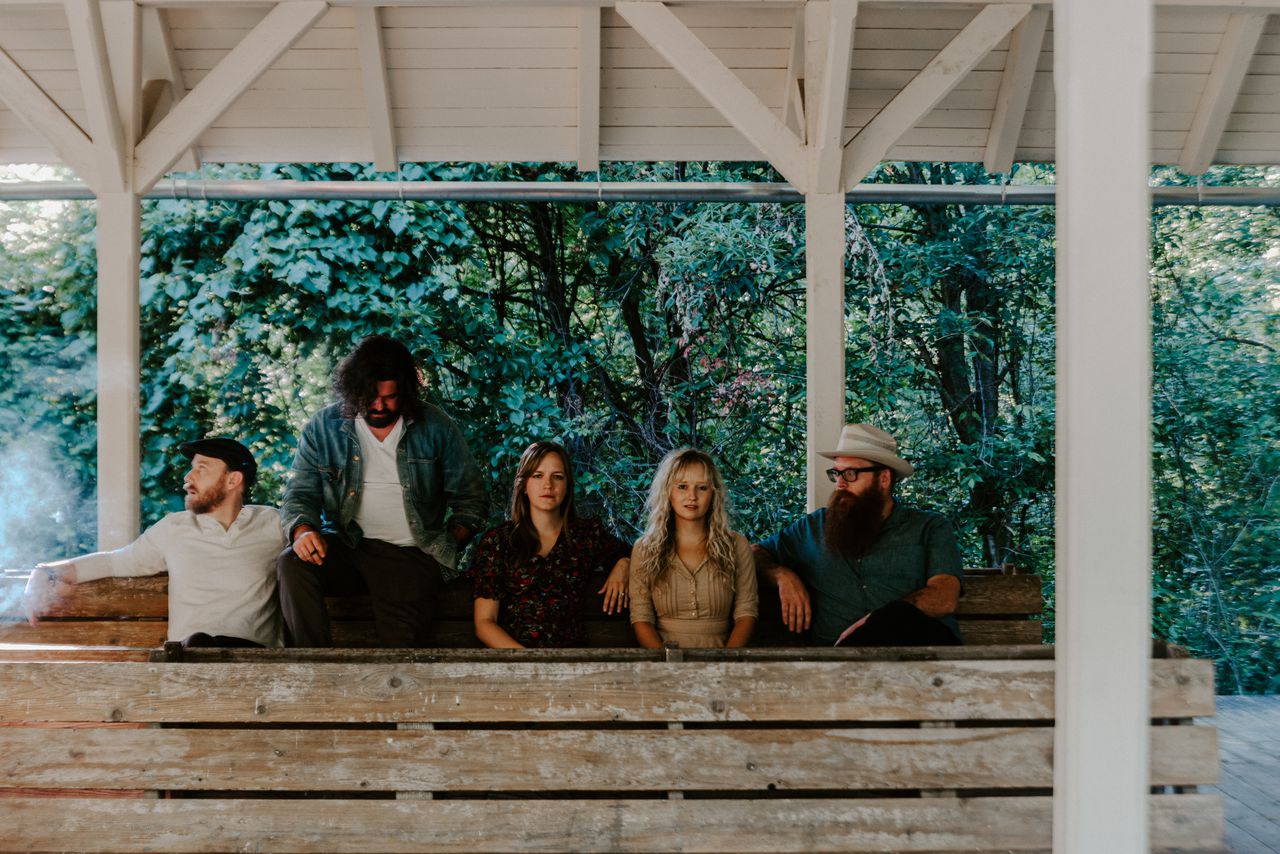 CLEVELAND, Ohio – AJ & The Woods have found new meaning in their debut album ‘Stay Steady,’ due out Friday, August 12.

The album was originally supposed to be released in the summer or fall of 2020, but the pandemic caused the roots-rock band from Cleveland to delay. The theme of the project, which is found in the title – “staying stable” – has become something of a mantra for the members of the group during the months and years of confinement and restrictions related to COVID-19.

The name of the album comes from a lyric of the song “Buckeye” – “Stay regular the course with me”.

“It ended up forcing us to stay the course. We debated back and forth, ‘What should we do? When will this end? When are we going to play again?’ said singer Alison Tomin. “It has added meaning for us now that we’re able to release it to the world.”

Tomin and guitarist Joshua Alan Collins, the founders of AJ & The Woods, curated the collection of songs until they could support the release with live performances. Now the album is about to arrive and it shows the growth of the group since its formation in 2015.

Much of the album consists of reworked versions of previous AJ & The Woods releases, in particular his 2017 EP “AJ & The Woods I”. Also check out some new tracks: the gospel-tinged “Buckeye,” the nasal “Underground,” and the dramatic “Let The End Come.”

“Over time and through this record, we’ve really found our sound,” Tomin said. “It’s this super gritty blues guitar playing, there’s electric guitar, there’s acoustic guitar depending on the song. But then you also have these more bluegrass-folk elements.

Recorded with Mike Brown at the Lava Room recording studio with bandmates Zach LeFeber, Jeremy Taylor and Piper Bruce, even the band’s familiar releases sound fresh. On “Gypsy,” the band gets as gritty as it’s ever been, and on “Daniel,” the band shows off their upbeat, high-spirited side — a song that involved the band wearing cowboy boots- boy and stomping the floor during the recording process, Collins said.

New to AJ & the Woods, additional instrumentation flavors these songs, such as banjo and fiddle.

“There was always room to explore and try new ideas… It’s a big, big sound,” Collins said. “The tonality, the sonic sound of it, we wanted it to be right; not overproduced or digital. We wanted it to have a bit of life and rawness, but be clean and crisp.

The band will celebrate the release of “Stay Steady” with a concert on August 20 at the House of Blues, featuring Apostle Jones, The Morning Bird and Brent Kirby. (AJ & The Woods played their first show at Kirby’s long-running 10×3 songwriting showcase.)

Tickets, $15, are available on the House of Blues website.

After that, AJ & The Woods plans to add more shows in Cleveland, Akron and Columbus in the coming months. Find more information about the group on ajandthewoods.com.

Get the weekend off to a good start and Register for cleveland.com weekly “In the CLE” email newsletter, your essential guide to the best things to do in Greater Cleveland. It’ll hit your inbox on Friday morning – an exclusive to-do list, focused on the best of weekend fun. Restaurants, music, movies, performing arts, family fun and more. Click here to subscribe. All cleveland.com newsletters are free.