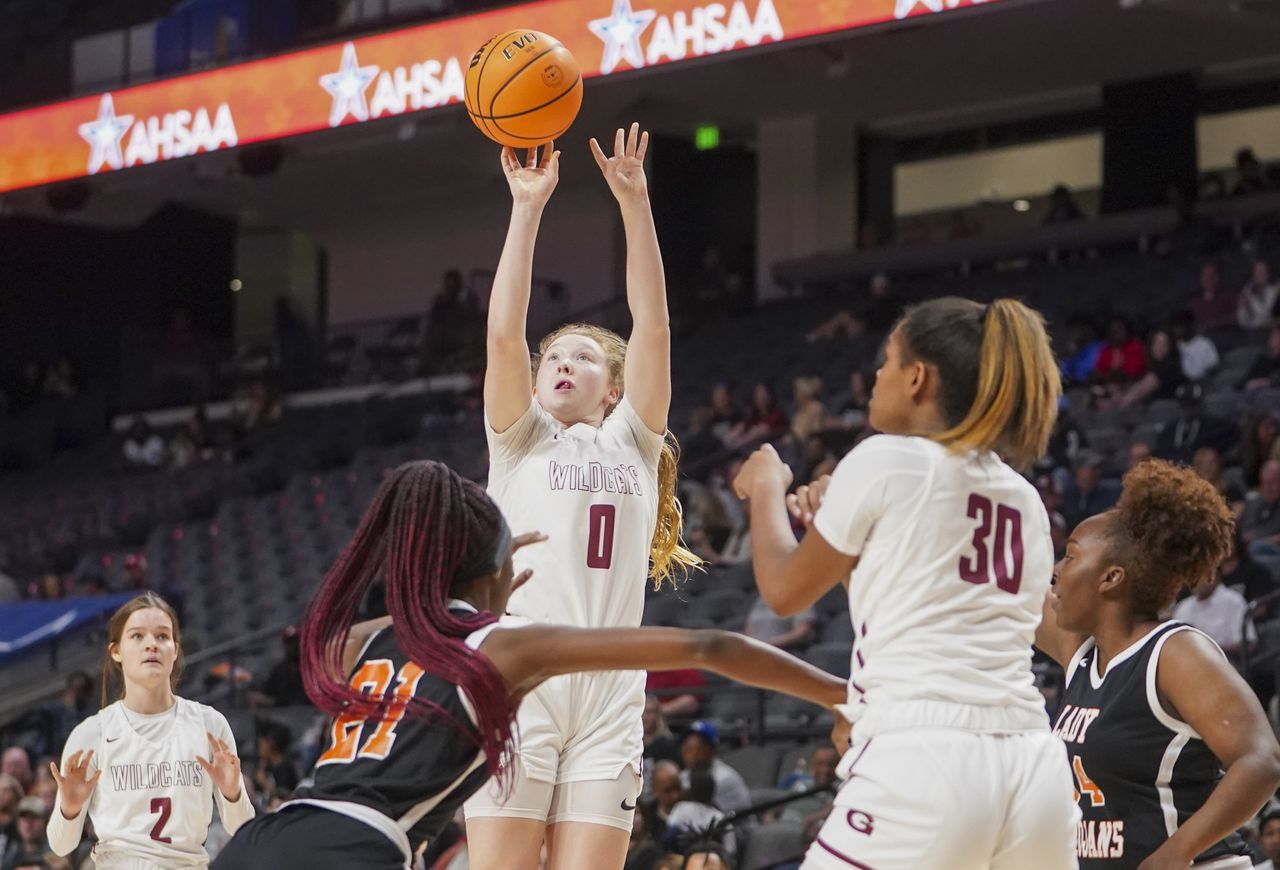 Guntersville took a 17-point lead in the first quarter and then held on for a 68-60 win over Charles Henderson in the AHSAA Class 5A Girls Semi-Final at BJCC Legacy Arena in Birmingham.

That’s when Olivia Vandergriff took over, scoring 8 of her team-high 21 points in the final four minutes.

“When things get tough, my job is to tell them, ‘OK, let’s get our wits together and get the win,'” said Vandergriff, who is one of three juniors in a squad with no seniors. what you work all year.

“Lady Guntersville basketball has never won a state championship. We’re trying to lead the way right now and do something that’s never been done before.

It was Guntersville’s 17th straight victory, the last loss to Pine Forrest (Florida) on Dec. 21. This loss in a Gulf Shores tournament marked a turning point for the Wildcats.

“A group of girls got mad and cried and we talked about how we went on vacation and not on a business trip,” Guntersville coach Kenny Hill said. “We refocused and haven’t lost since.”

After the fast start, Charles Henderson cut the lead to 46-33 after the third period and continued to cut the lead. The Trojans cut it to 53-49 on Raven Williams’ 3-pointer at 4:26 in the fourth quarter.

The Trojans did not approach.

“We won in the second half, but it wasn’t enough,” Charles Henderson coach Dyneshia Jones-Elder said. “We have adjusted our defense to a certain extent. We started in a 2-3 zone and adjusted at halftime. They just had a fight with them.

Game Star: Vandergriff was the rock the Wildcats used to claim victory. She had 21 points, 3 rebounds, 5 assists and a steal.

Stat sheet: Guntersville – Ivey Marsh added 20 points, making all 6 field goals, including 4 3-pointers and 4 of 5 free throws. Tazi Harris, a 6-foot-1 sophomore, had 15 points, 10 rebounds and 2 blocks. Charles Henderson – Makayla Hobdy led all scorers with 26 points, but only scored 8 of 32, adding 7 rebounds and 6 assists. Madison Ousley had 21 points, including 4 of 8 3-pointers, and Williams had 11 points and 5 rebounds.

By the numbers: Guntersville shot 68.8% from the field, shooting 22 of 32 with 7 from behind the 3-point arc. The Wildcats rebounded from the Trojans 30-20 and had 14 assists to Charles Henderson’s 8. After shooting just 22.2% from the field in the first half, the Trojans improved to 45.1% in the second half.

Coach language: “When we were up 36-16 at halftime, something just told me it was going too well and we were going to be hit by adversity. – Hill

“They hate losing. They want it more than anyone. If you say they can’t do it and they hear that often, they’ll try even harder. –Jones-Elder

They said it: “I’m very proud because we got to the point where we were in the season and if we didn’t beat the teams by 25 people were guessing. We got to the point where I told them, we’re not going to apologize for winning. I always say, if you show me a satisfied man, you will show me a failure. We are not satisfied now. We must continue. – Hill

“I have to say Ivey played his tail off this game. It seemed like whenever we needed a big room she would step in and make one. It was his best game of the whole season. I’m so proud of her to see her play with such confidence. – Vandergriff

“It feels good to be here because a lot of people doubted us. Now we are here and we have come a long way. – Ousley

Next : Guntersville takes on the winner of Lee-Huntsville and St. Paul’s for the state championship Saturday at 9 a.m.