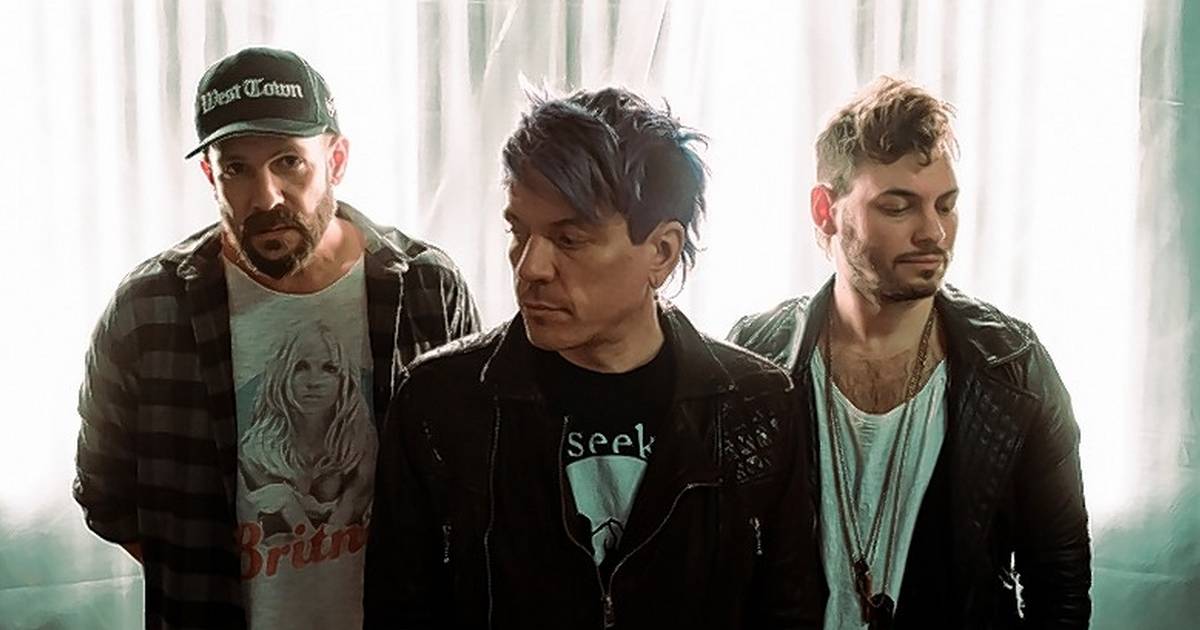 Tight beats and heavy riffs drive the song, setting the stage for lead singer Stephen Mueller’s intensity at the heart of the piece. But the melody is also welcoming and catchy. It’s a hallmark this trio have carried on all their releases since 2018’s debut EP “Retox”: fiery thrills set to inviting melodies, equally suited to driving with the windows down as they are to perform in front of cheering crowds. .

RELEASE(R) will feature the latter onstage Friday when they perform in support for Filtered — the alternative music group behind mid-’90s hits ‘Take A Picture,’ ‘Hey Man Nice Shot’ and ‘Miss Blue’ — at Aurora’s Piazza. The Rock the Lot outdoor concert will also feature special guests from the Chicago scene, including We Killed the Lion, Death Pop Radio and Wunderlich.

“Vicious Cycles,” released in mid-June with a biting new video by Alex Zarek, chronicles Elmhurst native Mueller’s struggles with addiction. But as lead guitarist Andre Robert points out, the three members of the trio can identify with it through their own essays.

“He’s a very passionate person about whatever he personally focuses on, whether it’s a positive vice or a negative one,” Robert said. “And I think Jeremy (Mederich) and I love writing with Stephen because even though his story is personal to him, J and I have our own vicious circles that may not be the same, whether it’s work, women or family issues. I feel like the whole world has its own vicious circles.”

Mueller and former York High School classmate Mederich, as well as Robert from West Dundee, have performed together as RELEASE(R) since 2018, but the three members have strong ties to the Chicago and Las Vegas music scenes. suburb for years. Music fans may also have seen Mederich in his other band Prizefighter as well as a number of solo projects. Robert shares his time with Miirrors and participates in Mederich projects. And while Mueller is focused on RELEASE(R), he was also recently seen in ONELIFE’s cover at Lucky Boy’s Confusion’s Songs from a Scene concert last year after nearly two decades away. They also work with Tom Higgenson’s Humans Were Here label on new recordings. Its roots run deep among the intertwined cast of DuPage-centric scene characters of the late 90s and early 2000s, having shared the stage with (and occasionally jumping into) Plain White T’s, Madina Lake, Lucky Boys Confusion, Showoff, Waiting Game, Morningside Drive and many more.

“It was a special moment. It really was. It was awesome. It was fun. I miss it so much with all my heart. And now I take for granted how awesome it was because it will never happen again,” Mueller said. “Putting on a show and we can easily get 400 kids out at the time because there was a stage, and everyone just wanted to be there to be a part of what was going on. It was almost like they didn’t care who was playing. … That’s what we did on the weekends. We went to rock concerts.”

“And each of us has played in each other’s band at some point,” Mederich added.

During the pandemic and shutdowns, Robert tackled recording, building Blume Studios in his Chicago home with bandmates Christopher Lee and Anthony Bagnara, who provided help, wisdom and friendship, he said. he declares. The latest RELEASE(R) releases were recorded and engineered there with the help of producer (and hidden RELEASE(R) member, Robert joked) Nick Radovanovic, including the band’s summer 2020 tribute to “Should’ve Known Better” by Richard Marx, “a cover trimmed close to the original while retaining its character and finesse. The trio also performed a live acoustic production in the studio with Sardis Media, which is available on Youtube.

But now that gigs are the norm again, the guys at RELEASE(R) are thrilled to have the opportunity to perform with Filter this weekend.

“We’re thrilled. I think we’ve all been long-time Richard Patrick fans,” Robert said. “And our mutual friend Johnny Radtke from Kill Hannah plays guitar for them, so it’s going to be fun reconnecting there.”