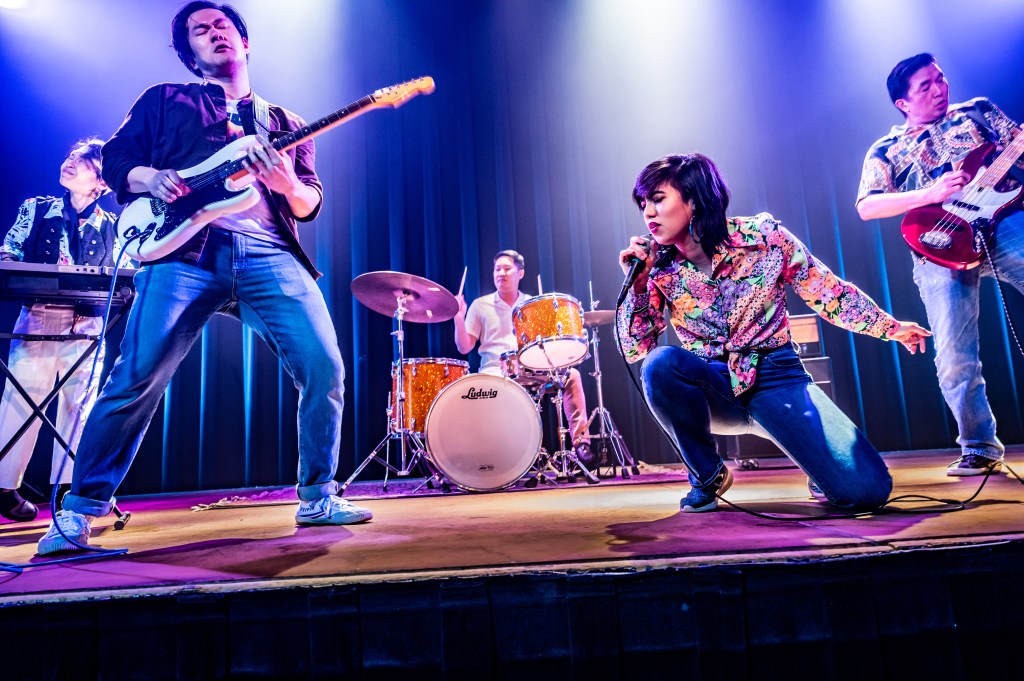 Onstage, the band rocks, laying down a dark, minor groove akin to 1960s blues-based acid rock. The singer lets out a mournful moan. An atmosphere sets in.

But then a man comes on stage, unplugs his amplifiers, shouts “Thank you” and knocks over a speaker. This is the world of “Cambodian rock band”.

One of the most acclaimed new plays of the past five years, it makes its Twin Cities debut in a Theater Mu and the Jungle Theater co-production, directed by Mu’s Artistic Director Lily Tung Crystal. This hiatus captures the conflict at the center of the story, as idealistic young Cambodians drawn to American rock and roll – and experimenting with creating hybrids with Cambodian music – are told to stop where they left off. found by the bloodthirsty Pol Pot regime of the late 1970s. In fact, stop everything. And prepare to die.

Playwright Lauren Yee has crafted a compelling storyline that might understandably frighten those who object to stories of “man’s inhumanity to man” like the Reign of Terror that claimed an estimated two million lives in the second half of the 70s. But I strongly encourage you to explore the experience, because it is a piece that is not only powerful but sometimes quite funny and full of exhilarating rock from this ensemble on stage, whose musicians embody the 11 characters in the play.

At first, it seems the story is about Neary, a young woman working for a non-governmental organization that pursues war criminals in modern-day Cambodia. But then her father, Chum, pays an unexpected visit, and it soon becomes her story, told largely in flashback to her days as a bassist for a band racing to record an album before the Khmer Rouge took their town. .

Overseeing this combination of gig and gripping drama is that man who unplugged the amps, Duch. Played by Eric Sharp as a mischievous man full of charisma and a dark, dry wit, he is the war criminal who is Neary’s main bounty. But he’s also the life of the party, a walking embodiment of gallows humor that can turn laughter into chills with a well-turned phrase. It is a triumphant performance.

For most of the first act, it’s hard to escape the premonition that things are about to get dark, and, indeed, the second half is built around a series of flashbacks to Chum’s experiences at S-21. , a notorious prison where about 15,000 people were held, but only 12 survived. In the play, there are eight known survivors, and we learn how one of them made it.

While the music is uplifting and enjoyable, it is these scenes of questioning and negotiation in act two that provide the play’s deepest moments. Having established Chum as a man of relative simplicity and straightforwardness, Greg Watanabe lends him layers of heart and cunning, seeking compassion in Sharp’s icy Duch.

A standout third performance comes from Christopher Thomas Pow, who not only plays wicked guitar, but brings palpable grief and anxiety as this guitarist faces a gripping life-or-death dilemma when he reunites with Chum at S-21. .

Although Danielle Troiano doesn’t bring as much complexity to Neary as possible, she stands out admirably when she takes lead vocals on songs by Los Angeles band Dengue Fever, arranged by music director Mandric Tan.

The performances are so strong that a piece that could be difficult to watch becomes an engrossing drama that demands to be seen…and heard.