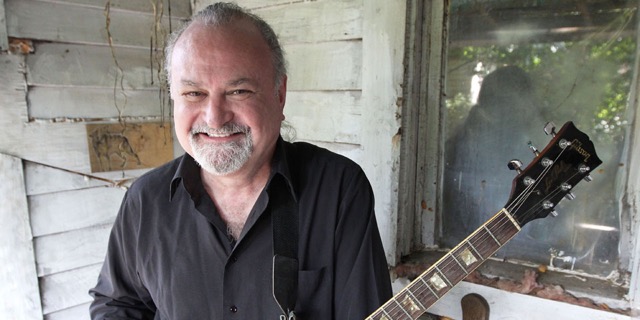 “The wild blues guitarâ€¦ the nonstop concerts have sharpened its six strings to the point of a razorâ€¦ its eloquence dazzlesâ€¦ it achieves a pyrotechnics that rivals the early Jeff Beck and Eric Clapton.” – Rolling stone

“Ellis unleashes a torrent of dazzling musicality between the exhilarating volatility of rock and roll and the passion of urban blues.” – Los Angeles Times

Since his Alligator debut 30 years ago, Southern blues rock guitar magician, singer and songwriter Tinsley Ellis has become a true guitar hero the world over. – The Chicago Sun-Times says, “It’s hard to overstate the sheer power of his music.” Now he’s making his triumphant return to Alligator Records with a powerful new album, Winning hand. Armed with his molten riffs, melodic riffs and catchy and intense solos, Ellis, as his legions of fans will attest, is one of the most beloved, hardworking and traveled statesmen. of the blues world. He has performed in all 50 United States as well as Canada, Western and Eastern Europe, Australia and South America, winning legions of fans with his guitar virtuosity, passionate voice and memorable original songs. Ellis is also revered as a guitarist guitarist, with famous friends including

Derek Trucks, Warren Haynes, Oliver Wood, Jonny Lang and members of Widespread Panic ask him to sit down and play. â€œA musician never got famous by staying at home,â€ he says.

Recorded in Nashville and produced by Ellis and keyboardist Kevin McKendree, the ten pieces brilliantly performed and sung with fervor on Winning hand include nine originals, ranging from searing blues to heart-pounding rock and soulful ballads. As the only cover, Ellis pays homage to his biggest influences in guitar playing and songwriting with a Dixie Lullaby-inspired Freddie King version of rock legend Leon Russell. “Guitar, guitar, guitar, that’s the whole subject of this album,” says Ellis, who mainly recorded

Over the course of his career, Ellis has shared stages with Stevie Ray Vaughan, Otis Rush, Willie Dixon, The Allman Brothers, Leon Russell, Son Seals, Koko Taylor, Albert Collins and many more. Whether he’s on stage with his own band or jamming with artists like Buddy Guy, the Tedeschi Trucks Band, Gov’t Mule or Widespread Panic, he always performs with guts, soul and unbridled passion.