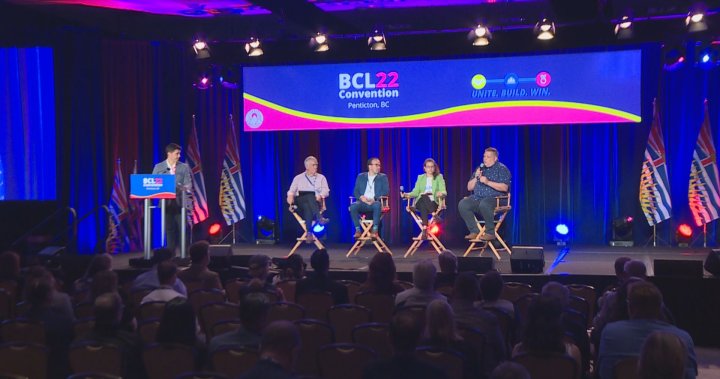 This weekend, the BC Liberal Party hosted 800 delegates at the Penticton Trade and Convention Center where they met colleagues and MPs.

The future of the BC Liberal name was one of the main topics of discussion. One of the promises Kevin Falcon made when he was elected party leader was to rename and rename the party. On Saturday, delegates voted to begin the name consultation process.

This vote allows the party to explore alternatives. By the end of the year, each member will have the option of voting for a new name or keeping the current name.

“I’m very intrigued to hear what kind of ideas are going to be put forward, what kind of names are coming forward,” said Renee Merrifield, MP for Kelowna-Mission. “Ultimately it’s all about the members, it’s about them coming up with where we go next.”

The story continues under the ad

This is the party’s first convention since Kevin Falcon became leader. Throughout the weekend, he gave speeches and organized events.

“As a BC Liberal family, we have the chance to speak out on the issues that matter to members across the province.

The conference program included several guest speakers, including Angus Reid and Arlene Dickenson. Panels were also held to discuss current issues facing delegates and what they expect from their representatives.

22:59
FOCUS BC: Federal political candidates talk about mandatory immunizations to use optional services

The story continues under the ad

Merrifield added that having delegates and MPs come together after Falcon’s election as leader allows them to hear new suggestions they can take in the future.

“We want to hear ideas. I think this connection to our base, to those who are really invested in the party, is a way for us to create this renewal, to really connect and to make sure that we are moving in the right direction with the right message, “said Merrifield.

The convention will end on Sunday afternoon with a speech by Falcon.

2:13
BC Liberals to vote on name change

BC Liberals to vote on name change