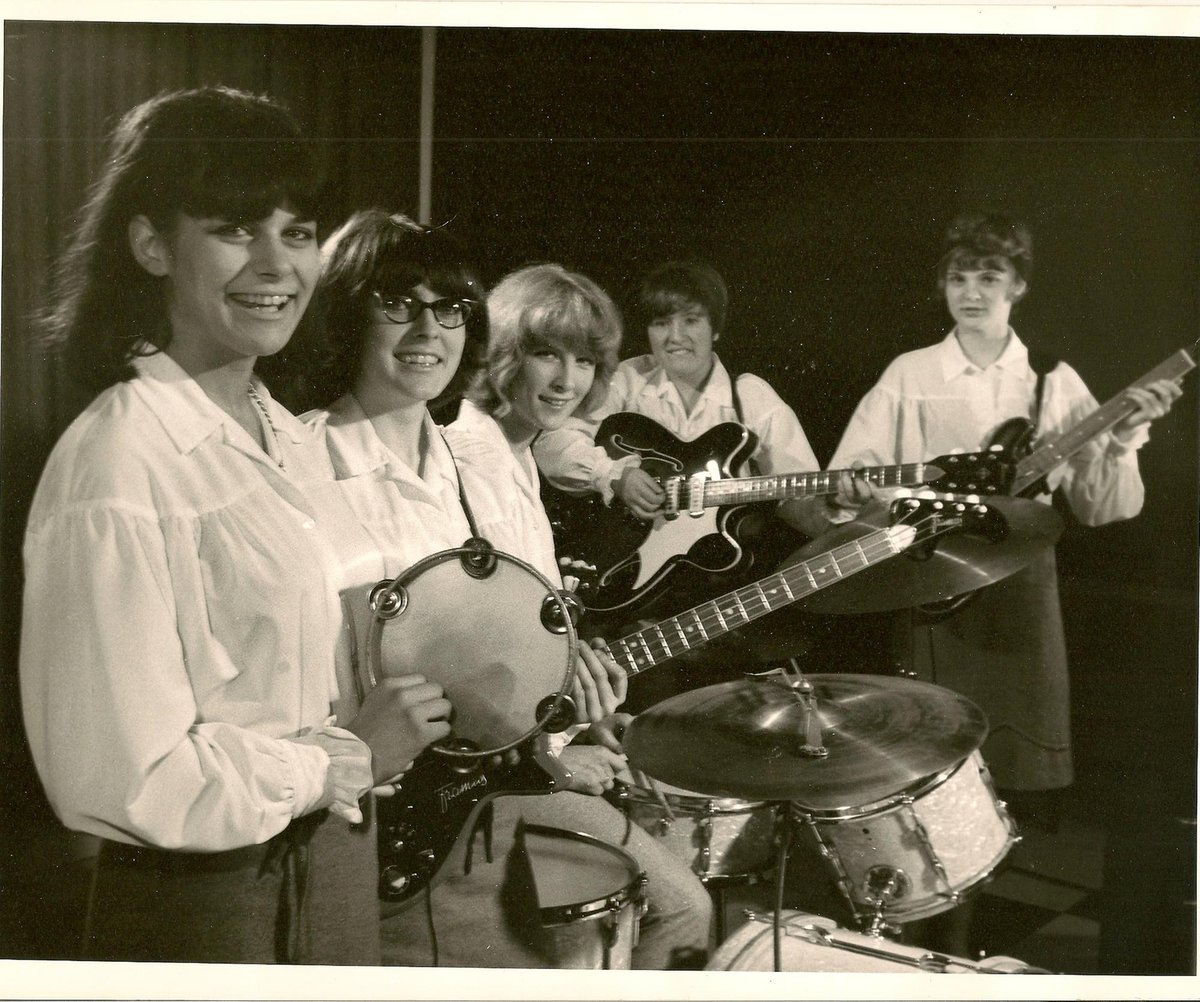 In 1963, three teenage girls from Blackpool formed a band called The Missfits.

It was a rarity for the girls to put together a rock band that didn’t deter Elmslie Girl School students Pauline Moran (bass guitar) and Janet Baily (drums), as well as their Collegiate pal Andrea Hine on the guitar.

They made an announcement for a rhythm guitarist and 14-year-old Carola Daish responded.

Blackpool band The Missfits at their peak in the 1960s.

One day in early 1964, she left a Missfits business card in the sugar bowl of a local cafe.

Liz Hall from Belfast moved to Blackpool after seeing a picture of the Missfits on the front page of the Daily Mirror.

Luckily she picked up the card and contacted them and in March 1964 became their lead guitarist.

They were so young that they had to be chaperones at concerts.

The Missfits strike a pose in the 1960s

The World Fireworks Championships return to Blackpool this month – and it…

In April 1964 they won a recording test at a talent competition held at Pontins Squires Gate and traveled to London in July to record it.

The tape was considered lost for almost 60 years, but Janet had kept it safe.

When Mick Patrick of Ace Records heard about it, he listened to it and pronounced it well enough to be released on his “Girls with Guitars” compilation CD series of 1960s girl rock bands.

The Missfits in 1966 in Blackpool, with a slightly modified line-up. Left to right: Pat Allsopp, Liz Hall, drummer, Janet Bailey and Carol Smith

Three tracks were included in the latest “Girls with Guitars Gonna Shake” compilation, released on August 26.

Thus, the band’s recordings of John Lee Hooker’s ‘Dimples’, Bo Diddley’s ‘You Can’t Judge a Book by the Cover’ and Chuck Berry’s ‘I’m Talking About You’ were finally going to be heard.

Pauline, 75, who eventually trained at RADA in London and is now well known as Miss Lemon in the long-running TV series ‘Agatha Christie’s Poirot’, said: “It was unusual for the girls of being in a band but we loved rhythm and blues and we didn’t just watch the boys do it!

“At first we only had acoustic guitars and Janet had no drums and had to play on cushions!

“But when our parents realized how serious we were, they bought us the instruments and equipment we needed.

“We really worked hard and once we were good we were really busy – we played at work clubs, ballrooms and even appeared at the Oasis Club in Manchester.”

After three busy years, the band broke up in December 1965.

In 1966 Pauline joined She Trinity on bass guitar and Janet followed later when She Trinity briefly expanded their numbers for a German tour before finally disbanding in 1970.

Today the ladies live all over Britain and further afield – Janet and Liz still live in Blackpool, Pauline lives in London, Andrea is in Wisbech in Cambridgeshire and Carola is even further afield, now residing in Seattle in America .

In 2011, the Gazette reported on a group reunion.

Pauline said the band’s recordings ended up on the compilation album by chance, because Carola’s brother-in-law, Lucas Campbell, is a rock historian who is a friend of record boss Mick Patrick.

She added, “We don’t look like a bunch of schoolgirls!”

Georgia’s offense is hot early on with 7 consecutive touchdowns